Three new documentary films highlight the plight of children caught up in the refugee crisis. 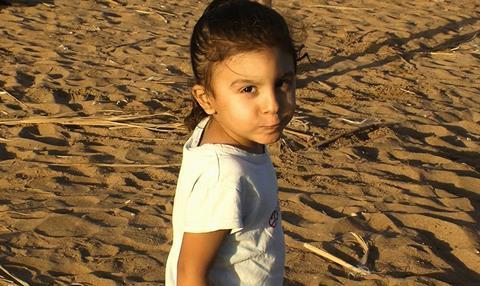 In the wake of the tragic events in Paris, one aspect of the reaction has been the acceleration of the debate about the current refugee crisis.

Several leaders have pledged to continue efforts to aid those in need. In France, president Francoise Hollande has said the country will resettle 30,000 Syrian refugees, referring to it as their “humanitarian duty”. In Britain, prime minister David Cameron has pledged to resettle 20,000 Syrian refugees by 2020, the first of whom arrived in the UK last week (Nov 18).

Others have been less charitable, including the prime ministers of Poland and Hungary, who have both suggested they may opt out of the EU’s mandatory refugee sharing programme

Public reaction has also been mixed. In the UK, The Times revealed a recent YouGov poll that indicated 49% of Britons believed the country should be accepting “fewer or no refugees”, a 22% increase since September.

In Scandinavia, the situation is grave, explains Danish director Andreas Koefoed, whose new film about the refugee crisis At Home In The World premiered at the CPH:DOX festival and will screen at several occasions at IDFA.

“Denmark’s Immigration policy keeps getting tighter, even today there was a new attempt by the government to tighten the rules,” says Koefoed, “We have a very right wing party here, who got more than 20% of the votes in latest election, they are influencing policy.”

At Home In The World follows five refugee schoolchildren attending a Danish asylum school while they and their parents wait to find out if their residency applications will be approved. The focus is taken off the parents by director Koefoed and put onto the children, who offer a unique view into the upheaval of the refugee crisis.

It is no coincidence that the lasting image of the crisis so far has been a solitary shot of a drowned Syrian child, washed up on a beach in Turkey. Children offer the rest of us, who are largely distanced from the realities of the crisis, a window of sympathy untarnished by the claims of some that letting adult refugees into Europe could be a safety concern.

British-Somali poet Warsan Shire’s poem Home seemed to strike a particular chord with the public after the aforementioned image was published, in particular the lines: “You have to understand, that no one puts their children in a boat, unless the water is safer than the land.”

“You have even more sympathy for a child going through this,” says Koefoed, “Humanising the story, being positive, is super important.”

“We have all seen the image of the drowned child, this film focuses on the next step, what do we do with them when they’re here?” The director adds.

The focus of Koefoed’s film on the plight of refugee children is mirrored by two other new films: Sean Mcallister’s A Syrian Love Story and Michael Graversen’s Dreaming Of Denmark.

A Syrian Love Story, which won the Grand Jury Award at this year’s Sheffield Doc/Fest, also played at CPH:DOX and will travel to IDFA.

The documentary follows a family which is torn apart when the mother is thrown into a Syrian jail for political reasons. Her husband looks after their children, while also fearing for his own freedom under the oppressive regime. When she is released, the pair flee to neighbouring Lebanon, before eventually seeking asylum in France.

Mcallister himself spent time in a Syrian jail during filming because of his involvement with the couple.

The director believes that the film’s highlighting on the couple’s children is essential to the portrayal of the plight of the refugee. “Children are more vulnerable,” he says, claiming that this provokes a more emotional reaction from the audience.

The amount of upheaval that the family undergo proves immensely challenging for the parents, who find their relationship tested to its limits. The children, meanwhile, seem less affected, innocent bystanders rather than oppressed freedom fighters.

“Children are adaptable, much more so than their parents,” says Mcallister.

The story of one young refugee from Afghanistan as he seeks asylum in Denmark is explored in Dreaming Of Denmark, which premiered at CPH:DOX.

Filmmaker Michael Graversen met his protagonist in a Danish youth centre for refugees, and followed his journey after his asylum was denied, watching him flee to several other countries, eventually arriving in Italy.

“Children are the ones who can express their emotions most freely – you can connect with them quite easily,” says Graversen, recalling how the bond he formed with his subject allowed him to follow a story that otherwise would’ve gone untold.

“Films create empathy, that’s really important in the way we perceive immigration and refugees now. It can really provide the human face to the human story,” he adds.

But can these films make a difference? Can cinema have any impact on such a hotly-debated topic?

“These films humanise the images you see on the news,” says Mcallister, “It’s about positivity, humanising the problem.”

Koefold reiterates Mcallister’s suggestion that films have the potential to make a positive impact, adding that A Place In The World will be broadcast on TV2, one of Denmark’s biggest channels, which traditionally leans right.

“They were really hesitant towards the project in the beginning but they are a public service channel so they have to broadcast documentaries,” adds Koefold.

“Now they are really interested in the subject because of the latest developments, before that they didn’t want to broadcast anything about immigrants during primetime.”

Graversen also believes in a positive outcome, and he sees it as his mission as a filmmaker to make an impact. “My aim is to make a difference. I’m fighting for it.”