Parvez Sharma, ‘A Sinner In Mecca’

On the eve of the world premiere at Toronto’s Hot Docs of his first film in almost eight years, the openly gay Muslim filmmaker tells Jeremy Kay why he is putting himself front and centre. 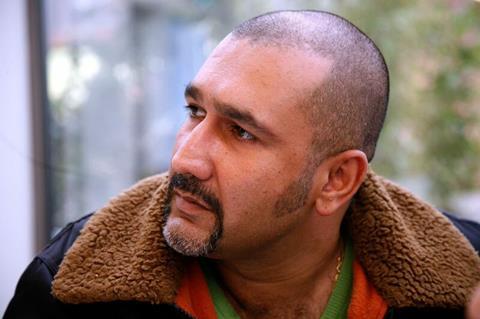 Parvez Sharma stunned audiences with his 2007 documentary A Jihad For Love, in which the Indian-born, US-based filmmaker chronicled the lives of LGBT Muslims around the world.

In A Sinner In Mecca Sharma undertakes the Hajj to Islam’s most sacred Al-Masjid al-Haram mosque and secretly films the pilgrimage, fully aware of the consequences had the Saudi authorities found him out.

The Haram Films production is made in association with ARTE and ZDF. The Film Sales Company represents worldwide rights and will be meeting with buyers in Cannes. The world premiere is in Hot Docs on April 29 and the official webiste is here.

You went on the Hajj in late 2011. Why?
The Hajj is one of the five pillars of Islam and as a Muslim I felt compelled to go. It was my highest calling. This was a journey of the spirit, as the film explains. But while personal, this is also a very political film. As a Muslim intent on reforming Islam from within it was important for me to expose the misdeeds the Saudis have committed in Mecca and Medina. This film is a direct challenge to the Saudi version of Islam called Wahhabi Islam.

Tell us more about the political element
This film is a call to action to all Muslims to challenge the Saudi Project of exporting Wahhabi Islam to all corners of the Muslim world. As a filmmaker, I was gathering evidence about that. Wahhabi Islam is cruel, it’s puritanical and regressive. What makes it particularly insidious is that it is part of the curriculum taught in Saudi schools. Young minds are being indoctrinated. The ideology that ISIS swears by and even Al-Qaeda in the past has direct roots in this Saudi version of Islam. For a Muslim like me, intent on reform from within my faith, it’s really important to talk about it. And it is critical to challenge the Saudi hegemony over Islam. Why should the King of Saudi Arabia call himself ‘The Custodian of the Two Holy Mosques’? Mecca and Medina belong to all Muslims.

You say your late mother never forgave you for being gay and there were unresolved issues before her untimely death. Was she a factor in your Hajj?
It was very important. I was performing the Hajj in her honour and her memory. There’s unresolved stuff that I talk about in the film. As a filmmaker I realised you cannot construct a narrative without a compelling protagonist, so it was important to have a story and that’s why I needed to expose myself and went back to India. My main family is my husband whom I love dearly and what was challenging was him being concerned and terrified of what the consequences of [all] this might be.

Can you expand on that?
We still don’t know the consequences because what’s happened in the last couple of weeks since we went public about this [film] is this huge outpouring of hate mail/messages. I’m concerned to see it so early and I’m concerned it’s coming entirely from the Muslim world and there are direct threats. I really hope that the narrative around the existence of this film changes soon. People need to see it before they hate and denounce it. There is nothing un-Islamic in the film.

You took huge personal risks on this trip
I was going as an openly gay man. By the time I went I was probably the most openly gay Muslim in the world because of my previous work [A Jihad For Love]. I didn’t even know if they would let me into the country but I managed to slip in because they were processing four million passports for the Hajj. I didn’t know if I would come back and I was prepared for the worst.

You upped the ante even further. Tell us how you travelled
I’m a Sunni Muslim and I went with a Hajj group that was Shia. The divide between Shia and Sunni is something I talk about in the film. It was a Hajj of defiance because no Sunni Muslim would go on a Hajj with Shias. I had no help from them and their suspicion was aroused pretty early on about why I would constantly be seen filming and documenting the journey. They knew I was Sunni but I wasn’t the only Sunni in the group. What you see in the film is me working alone. I got away from the group mentality. Pretty early on I knew I would need to separate myself from them as early as possible.

Your film takes the viewer into the midst of pilgrims in the mosque in a way that is unprecedented. It has an almost surreal quality
It’s supposed to be dreamlike and haunting and the reason for that is the spiritual imperative that takes Muslims on the Hajj. Being in that space, you realise you’re in a place unlike any other place. It’s the United Nations of Islam – there were even Japanese and Chinese Muslims.

You shot footage on an iPhone and two small cameras the size of phones. Tell us about that
These are images the world has never seen before because the Saudis forbid filmmaking. Non-Muslims haven’t been allowed into Mecca for 14 centuries. It’s a kind of spiritual tourism. A few years back Saudis were forbidding cell phones and by 2011 they realised they couldn’t control that. It’s important for pilgrims to take back these mementoes of their journey. But it’s very different from filming, where you have to hold a shot, tilt and pan. With the iPhone and these two cameras that look like phones I was doing that.

I knew that I wanted to make a film. I didn’t know that I would be able to make the film or that I would get out or that the footage would get out of the country. You transfer stuff from the iPhone on to tiny drives. The other cameras had SD cards, so I had to carry them on my person. It was very guerrilla-style.

There’s a sequence where I try to touch the Kaaba [the black cuboid structure at the heart of the Al-Masjid al-Haram mosque]. It was one of the most violent nights. I had to “rubber-band” the phones around my neck and hope it would capture every minute of that ritual. I had to abandon the rules they teach you in film school and reinvent. Sometimes the phone had to be in ‘selfie’ mode and show me, the protagonist.

Did people try to stop you filming?
There were many people who tried to stop me. People would come up to me and say this was a spiritual space and I shouldn’t be doing that. The Kaaba is what 1.6bn Muslims face every day when they pray – that black cube is the centre of Islam. [The following is an excerpt from a later part of the interview] … I got into trouble several times with the religious police in Saudi Arabia. Muslims take quick pictures [at the site] but filming is not the norm.

Have there been other films containing footage from inside Mecca?
There have been a couple of films about the Hajj sponsored by the Saudi minister of information but these were films where the Saudis wanted to evoke the spectacle of the Hajj, so it’s all about aerial views – it wasn’t about being down at street level like I did.

If filming is banned in Mecca how could you as an observant Muslim bring yourself to do it?
I justify that just the same way I justify being gay and Muslim, which is that if I am there and film it with God’s permission, whatever I was doing was right otherwise I would not have been able to do what I was doing. I am a filmmaker. I am a gay man. In Saudi Arabia of course I had to go into the closet: I couldn’t be identified as either. It’s my natural instinct to document.

You say in the film you wondered in the past whether Islam accepts you, but now it’s the other way round.
I have always accepted it. I have accepted it on my own terms after the Hajj and after challenging Saudi authority. So it’s my own Islam. At one point I say that Islam is at war with itself and I have fought very hard to not be a casualty. The film is about me coming out as a Muslim and when the Saudis allow you to go on the Hajj it’s almost as if they stamp ‘Muslim’ on your forehead.

Can you put the controversy that is building around your film in the context of the current very topical freedom of speech debate?
What’s happening in Europe is horrific and what’s happening with ISIS is horrific. I refuse to be silenced because I know there is a crisis in my religion and it’s affecting a large part of humanity today. Some of our most bitter battles are going to be fought and are being fought on this frontline of religion. If that’s the case it’s Muslims like me who can help transform a religion. If you talk about Islam in a derogatory way you’re not going to achieve much.

There’s a dreamlike quality to this film. It’s like a prayer. There’s no disrespect for the religion, but it’s extremely contemptuous of the Saudi version of Islam. For example they’ve installed a Starbucks near the Kaaba and are building ever taller seven-star hotels and obscene shopping malls. They have destroyed sacred places that are important to the religion and to Muslims. I’m just sad that it’s a conscious, deliberate effort on that monarchy’s part to destroy Islamic history.