The film-maker who hails from Jordan and Palestine talks about his debut feature, road movie The Curve. 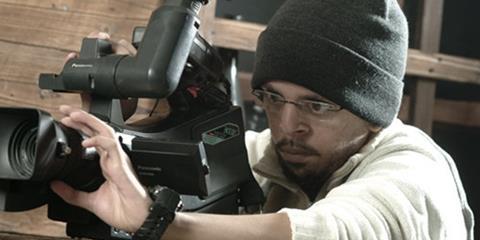 As a road movie about the unlikeliest of companions, Rifqi Assaf’s The Curve follows an unusual journey. An agoraphobic man living in complete isolation in his VW minivan meets three strangers under odd circumstances and agrees to drive them to their destinations. Crammed in the vehicle, each one comes to see that, though their backgrounds are very different, all at a crossroads in their lives. This trip might be the challenge they need to set them on the right path.

To call this personal cinema is something of an understatement: this debut feature, screening in Dubai’s Muhr Feature competition, was itself a spiritual journey.

“It came from my own experience with social phobia, and the loss of my father,” explains Assaf. “I looked for the best metaphor that would
portray such loss, and such fear of people, isolation and loneliness. The Curve was my way to heal myself. As a first feature, it was a curve in my own life, one where I put many of my feelings, losses, fears and needs. The film represents me on many different levels.

“I came up with the idea, and because it was too much for me to dig that deep, I associated with my friend Halim Mardawi to work on the story. Then I wrote the script in 14 drafts.”

“I entered the production with not much experience and too much confidence, maybe ego,” reflects Assaf. “The production of a feature film
humbled me. It was not easy, especially since it’s a road-trip film. But I managed to make the film I wanted — to a large degree — with the help of my great team.”