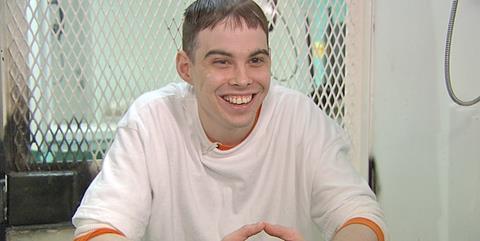 The capital punishment debate excites heated passion on both sides of the argument. Into The Abyss by contrast is distinguished by a sense of measured, levelheaded compassion as director Werner Herzog explores the human cost of crime and its consequences. The result is a poignant, lyrical documentary that ranks among the director’s finest and leaves the viewer with plenty to reflect upon and digest.

Herzog draws no clear-cut conclusions. That is the power and the profundity of his film.

A traditional talking heads approach might ordinarily have limited the film to a non-theatrical future but the subject matter and Herzog’s assured handling should ensure theatrical viability in all the territories that have welcomed his recent run of documentary work from Grizzly Man to Cave Of Forgotten Dreams.

Herzog’s own position in the capital punishment debate is clear. He believes that it is wrong to take a human life. It is not an agenda that he forces upon the viewer. Instead, he lets the issues find a voice in the stories of a wide range of individuals touched by a triple homicide case in Conroe, Texas in 2000 that led to the convictions of teenagers Michael Perry and Jason Burkett.

Herzog approaches the case with a forensic thoroughness that suggests a cinematic equivalent of Truman Capote’s masterwork In Cold Blood. His interest is much less in the grisly details of what happened and more in the legacy it left for the families of the victims, the convicted killers themselves and their loved ones.

Baby-faced Perry is on Death Row and just eight days away from his execution date of July 1st, 2010 when Herzog interviews him. He tells Perry that he may not necessarily like him but he will respect his humanity. It could be the guiding philosophy of the film.

Everyone interviewed is treated with dignity. Herzog is scrupulously honest with his subjects and never less than well mannered in his gentle, insistent probing. He neither judges nor ridicules but allows them the luxury of being heard in their own words and their own time. The film still has a taste of the idiosyncratic flavour one might expect from Herzog (there is even a mention of alligators) but more often than not he concentrates purely on the facts and the stark emotions.

After a prologue, the film unfolds in chapter headings  (The Crime, The Dark Side Of Conroe etc). Police lieutenant Damon Hall recalls the details of the investigation as crime scene video footage provides evidence of bloody murder in which a woman was killed ostensibly over the theft of a red Chevrolet Camaro car. Such cases are the backbone of weekly television drama but have a much more chilling impact when we know that real people were involved.

Herzog interviews the first victim’s daughter Lisa Stolter-Balloun, a woman who carries her grief like a boulder. A young man recalls the brother he lost. Herzog also meets Perry’s conspirator in crime Jason Burkett and the father Delbert Burkett whose emotional plea for clemency may have been all that saved him from Death Row.

Burkett is currently serving a life sentence that should see him eligible for parole in 2041 when he will be 59 years old. The more we learn about Perry and Burkett the more we are encouraged to accept that they never had a fighting chance at a decent life.Sympathy is generously extended without ever developing into a means of excusing their actions.

The film has no doubts about their guilt or that their acts were cruel and wanton. Herzog constantly balances the argument; Lisa’s sense of release after Perry’s execution leaves her believing that some people don’t deserve the gift of life. Captain Fred Allen oversaw more than a hundred executions before the blinding realisation that what he did was morally indefensible. His spellbinding memory of what changed his mind offers a powerful rebuttal of Lisa’s view.

Herzog draws no clear-cut conclusions. He presents his evidence and challenges the viewers to form their own opinion. That is the power and the profundity of his film.