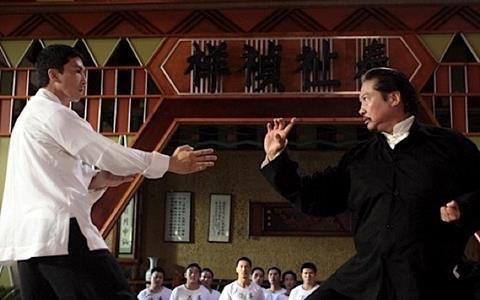 An almost completely fictionalised account of the life of Wing Chun master Ip Man (also known as Yip Man) in the years before he taught Bruce Lee, the film has edged out Iron Man 2 in Hong Kong and earned $15 million in its first week in China.

While the original Ip Man (2008) focused on the wartime occupation of China by the Japanese, Ip Man 2 opens in 1949 with its protagonist moving to Hong Kong to open a school in Wing Chun martial arts. Initially struggling to attract students, he eventually crosses paths with the city’s other martial arts masters. In one of the film’s most breathtaking sequences, they issue him a challenge, offering to allow him to continue teaching if he can remain standing on a rickety tabletop after withstanding their attacks.

The film’s second half treads more predictable ground with its depiction of a slow-building standoff between Ip Man and a flagrantly racist British boxer nicknamed Twister. The final showdown places the action within the rules and format of a Western boxing match, making for inevitable comparisons with films like Rocky IV.

Ultimately, the film’s energy and humour overcome cartoonishly bad performances from the British actors and an utter lack of surprises in the final two reels.