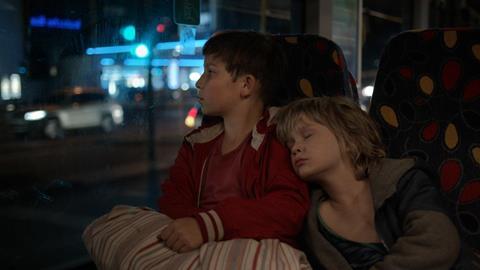 A powerfully unnerving and gently harrowing story of a young boy burdened with too many responsibilities and forced to grow up way too young, Edward Berger’s impressively staged Jack is given additional pathos thanks to a quite mesmerising performance by young Ivo Pietzcker.

Edward Berger and co-writer Nele Mueller-Stöfen’s have crafted a sensitive, compassionate and engagingly unsentimental portrait of two boys and their rather brutal plight.

The film, which screened in competition at Berlin, demands attention thanks to its stark and unsentimental story, and while a non-star cast will make it a tough sell internationally, it will be an easy fit into other film festivals – especially those youth-orientated – and a Berlin award might also help sales. But Jack is a thoroughly watchable film that never resorts to simply overly dramatic moments, instead favouring a steady and thoughtful story that is respectful to the children’s journey.

Although he is just 10 years old, Jack (Pietzcker) takes full responsibility for himself and his little blond-haired brother Manuel (Georg Arms), assuming the role of the ‘man of the house’ with his flighty but loving mother Sanna (Luise Heyer) working during the day and often out at night. When she brings a lover home Jack is intolerant of the intervention of a new ‘man’ in their flat, and while she adores her children she is clearly too young and unfocussed to look after them properly.

When Manuel burns himself in a boiling hot bath Jack is blamed for the incident and social services send him to a children’s home. While he enjoys the order and compassion there, he misses his mother and brother desperately and is upset when she fails to pick him up for some time together. After an incident with brutish older boy Danilo (Antony Arnolds) he runs away from the home, managing to find his way through Berlin to his family flat.

After finding no sign of his mother he manages to get from Manuel from a flat where he has been deposited and the pair roam the streets searching the places where they think Sanna may be and sleeping rough in parks and in an underground car park. They come across some adults who are helpful and others who are brutal, but rather inspirationally Jack is always ordered, resourceful and confident in terms of looking after the both of them.

Edward Berger and co-writer Nele Mueller-Stöfen’s (who also plays a key role as head of the children’s home) have crafted a sensitive, compassionate and engagingly unsentimental portrait of two boys and their rather brutal plight. Their journey through an unforgiving city takes them into some dreary and unpleasant areas (a throbbing party in a grungy drug-ridden flat; a battered car where they sleep in the car park and a concert auditorium where they think Sanna may be working) but the story never really places them in peril, instead making their journey oddly tender and even poetic at times (there are even almost pastoral moments as Jack wanders through woods) as they resolutely search for their mother.