The collapse in Japan’s independent distribution sector has made the territory one of the most difficult for foreign films to crack ‹ and nor are Hollywood studio films working. Jason Gray reports 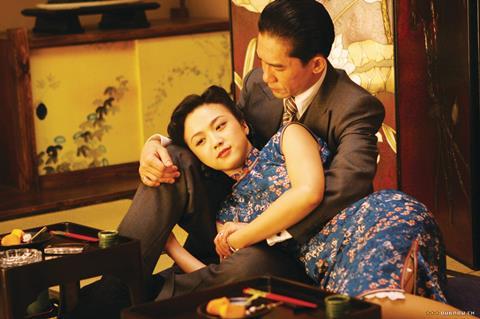 The cliché of Japan as a ‘land of contradictions’ holds true for the Japanese film industry of late. The first half of 2009 saw a robust 17.6% increase in cumulative box office over the same period last year, dipping to a still impressive 12.6% increase by the end of July.

“If you don’t get a theatrical sale, you’ll end up with 10% of the MG for a straight-to-video sale”

But only big titles, mostly local, are enjoying the bounty. Large-scale local releases are king, led by baseball film Rookies’ $92m home run. Hollywood’s expected comeback in 2009 has not happened, with only seven titles in the top 20 and all of them grossing less than $35m except the latest Harry Potter (currently on $85m).

“Often they ally themselves with each other to release films,” says Wild Bunch chief Vincent Maraval. “So the critical situation of some of them, plus the bankruptcy of Movie Eye and Wise Policy, makes everyone fear a domino effect.”

Thorsten Schumacher, director of worldwide sales and distribution at HanWay Films, says: “It’s definitely not the second biggest sales territory in the world any more, and companies cannot risk the big minimum guarantees from the old days.” Every seller has seen minimum guarantees (MGs) for Japan fall. “If you don’t get a theatrical sale, you’ll end up with 10% of the MG for a straight-to-video sale,” says Schumacher. Some sellers are even red-lining Japan when calculating sales forecasts, and moving on. Pre-sales are also a thing of the past.

“There are no pre-sales unless you’ve got a Brad Pitt movie or an auteur director,” says Jere Hausfater, former CEO of Essential Entertainment.
Several factors have been cited for the independent sector’s woes, particularly audience preference for homegrown blockbusters. Japanese audiences see a low 1.3 movies per capita annually, so generally choose safely.

The global financial crisis, the country’s own recession and the dying DVD/video market have affected everybody, but it is hard to ignore some eye-popping examples of unwise business practices.

The first red flag for overseas sellers came in April 2008 when Gaga Communications withdrew from acquisitions and production. Gaga had long spent lavishly on film-market attendance and acquisitions, which accelerated after the company was bought by Usen in 2006.

After stunning losses of $86m last year, Gaga was hollowed to its marketing and distribution core, co-releasing Nikkatsu purchases Burn After Reading and Che. This July the company was sold in a management buyout deal for a token $2m to Gaga chairman Tom Yoda and real-estate company Kinoshita Group.

The company became known as an enthusiastic festival presence, but its multi-million-dollar gamble on Lust, Caution proved fatal, with the film unable to break $2.5m.

In one of the industry’s stranger episodes, Xanadeux president Hiroki Numata, whose company distributed The Limey, Rob Zombie’s Halloween remake and the original The Grudge films, did not bother with bankruptcy filings and is presumed to have run away in June. He has yet to reappear.

Movie-Eye’s summer demise created more shockwaves. Poised to fill the gap that Gaga had left (president Kaz Tadashiki himself being an ex-Gaga executive), Movie-Eye was known for prescient pre-buys of Oscar winners Crash and Million Dollar Baby, in addition to mounting local and Asian co-productions.

But like Gaga, Movie-Eye was not shy about big spending, amped in anticipation of finally becoming a listed company last year. But underperforming box office for pick-ups and its own slate accrued debts of more than $45m and a creditor list 291 names long. Hausfater remarks on the bankruptcy: “The collapse caused headaches as sellers have had to renegotiate deals, and because Japanese companies partner up with one handling theatrical and another handling the DVD release. It also hurts the Japanese DVD partners.”

The DVD market is the elephant in the room. The first half of 2009’s $1.4bn in overall revenues saw a drop of 9.7% compared to the same period last year, following an annual plunge of 11.1% in 2008. Blu-ray showed big gains of almost 390% but only accounts for a 6.6% market share. “It’s left the small to medium fringe no means to survive,” says CINV’s Morita.

Masao Teshima, president of Asmik Ace, a mini-major for which DVD sales were once the engine of profits, elaborates: “When the DVD market was bullish, we could recoup even if a film’s box office didn’t cover p&a. Now we can only sell a third of what we used to.” Asmik is instead focusing on its specialty ‹ midsize in-house productions such as Air Doll and Shock Labyrinth, Japan’s first 3D feature.

Desperado, which handled The Astronaut Farmer, Emir Kusturica’s Promise Me This, Hostel: Part II and I’m Not There, eschewed foreign acquisitions before it was too late. The company merged with Giga Networks in April to form Faith Wonderworks, specialising in mobile content.

“Even two years ago, buying foreign films was risky,” says chief producer of planning Michiyo Sato. “People might not watch a movie on a regular phone, but might on an iPhone or gaming devices.” Ultimately, unless 3D works its magic, movies are going to lose further ground. “Young audiences have more entertainment alternatives to cinema than ever. Of course that’s the case worldwide, but Japan is always at the forefront of this,” says Schumacher.
Who is still buying?

Nikkatsu, Showgate and Asmik Ace all continue to do well with a smaller slate of safer, completed titles such as The Wrestler, Crossing Over and the Transporter series.

Nikkatsu’s acquisition of Wild Bunch’s Che films “had its best score in the world with $15m in box office”, says Maraval. In another non-English-language success, Avex’s $35m bet on the Red Cliff films has resulted in a $116m windfall. Perhaps the days of Japan’s big MGs will return, but it will be all about mouse clicks and mobile viewing.