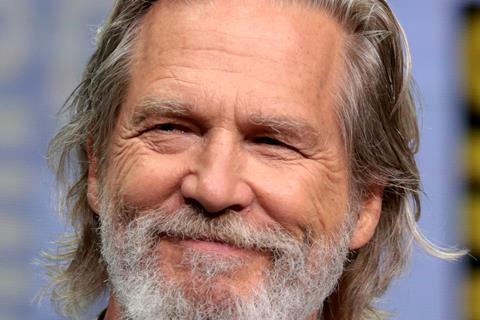 Golden Globe winner and four-time nominee Jeff Bridges has been named as the recipient of the 2019 Cecil B deMille Award, to be presented at the 76th annual Golden Globe Awards ceremony on January 6.

The annual award goes to an individual, chosen by the Hollywood Foreign Press Association (HFPA) board of directors, who has made a lasting impact on the world of entertainment. Past honourees include George Clooney, Robert De Niro, Audrey Hepburn, Jodie Foster, Sophia Loren, Sidney Poitier, Steven Spielberg and Oprah Winfrey.

Bridges, who most recently appeared in Bad Times At The El Royale, won the Globe for best actor in 2010 for Crazy Heart. He has also been nominated for Globes for his performances in Starman, The Fisher King, The Contender and Hell Or High Water.

Bridges’ company AsIs Productions made Hidden In America, which got a Globe nomination in 1996 for best miniseries or TV movie.

HFPA president Meher Tatna said: “The Hollywood Foreign Press Association is delighted to bestow the 2019 Cecil B deMille Award on Jeff Bridges. Bridges’ brilliant body of work across diverse genres has captured the hearts and minds of audiences worldwide for more than six decades. We look forward to celebrating ‘the Dude’ and his remarkable career and philanthropic achievements at the upcoming Golden Globe Awards.”