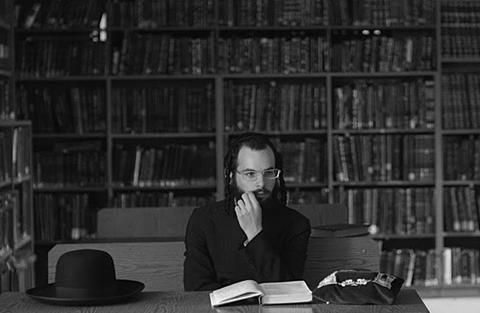 Tikkun, which follows a committed Hassidic student who begins to doubt himself after a life-changing experience, won the Haggiag Award for Best Israeli Feature Film, which comes with a $31,500 (ILS 120,000) prize.

The film was directed by Avishai Sivan and produced by Ronen Ben-Tal, Avishai Sivan, Moshe Edery and Leon Edery of Plan B Productions.

Tikkun will also feature in the International Competition at Locarno Film Festival (Aug 5-15).

The jury - which included EFM head Matthijs Wouter Knol, commended the film for its “impressive achievement in exposing the complexity of current human rights politics in Israel”. The award comes with a $7,900 (ILS 30,000) prize.

Wedding Doll, Nitzan Gilady’s drama about a young woman growing up in the Israeli desert, won the Anat Pirchi Award for Best First Film and the Haggiag Award for Best Actress for lead Asi Levi.

Nirit Aharoni won Best Director of a Documentary for Strung Out, which also won the Haggiag Award for Best Music. Thru You Princess was given an honorary mention in the documentary category.

The Van Leer Award for Best Director of a Documentary:
Nirit Aharoni, Strung Out.

The Haggiag Award for Best Music:
Ophir Leibovitch, Strung Out.

The Wim Van Leer “In the Spirit of Freedom” Competition

The Van Leer Award for Best Director of a Short Feature:
Yehonatan Indursky, The Cantor and the Sea.

The Avner Shalev – Yad Vashem Chairman’s Award for Holocaust-Related Films:
A Nazi Legacy: What Our Fathers Did, dir. David Evans.