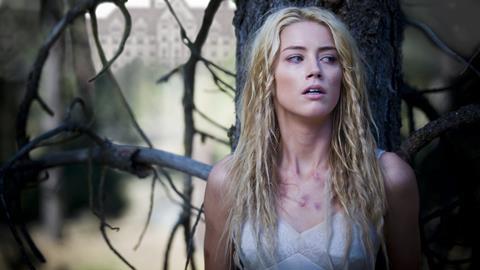 Tight as a drum and plenty of fun, John Carpenter’s first film in nine years is hardly a groundbreaker, but when the execution is this expert, why complain? Consciously old-fashioned in its approach, The Ward skilfully delivers exactly what one would imagine from a horror movie about five comely young women in a mental institution trying to outlast a murderous ghoul who haunts the hallways.

Rather than the jittery, high-sheen, Grand Guignol look of most torture-porn, Carpenter and cinematographer Yaron Orbach have selected an understated, grim aesthetic.

Premiering in the Midnight Madness section of the Toronto Film Festival, The Ward’s most marketable commodity is the director who made it. The Carpenter name is well known among older horror aficionados, but considering that this new film represents only his third in the last 12 years, there might be some concern how popular he is with the younger crowds who make the Saw franchise successful. Still, good reviews and positive word-of-mouth should net The Ward a modest commercial windfall, most likely in ancillary markets.

In Oregon in 1966, a young woman named Kristen (Amber Heard) is taken to a mental ward after police catch her setting a farmhouse on fire. Once at the institution, she meets the four other women she’ll be living with (Mamie Gummer, Danielle Panabaker, Lyndsy Fonseca and Laura-Leigh). But Kristen’s misery about being cooped up in this nuthouse soon pales in comparison to a greater danger: a hideous phantom figure starts appearing out of thin air, intent on killing off the patients one by one.

Working from a script by Michael and Shawn Rasmussen, Carpenter has made a no-frills horror movie that feels defiantly out of step with contemporary genre conventions. Instead of the typical metal-influenced shock soundtrack, composer Mark Kilian opts for a rumbling, moody score complete with unnerving angelic lullabies reminiscent of a similar technique from Rosemary’s Baby.

And rather than the jittery, high-sheen, Grand Guignol look of most torture-porn, Carpenter and cinematographer Yaron Orbach have selected an understated, grim aesthetic that emphasizes the characters’ claustrophobia from being imprisoned in this institution. While The Ward has its share of shock cuts punctuated by loud musical cues, what stands out about the film is how much of its menace comes from simple, effective camera movements that enhance the tension in increments.

While the screenplay is hardly a model of ingenuity or probing psychological insight, it gets the job done in terms of establishing Kristen as a smart, resourceful, edgy young woman who won’t let this mysterious ghoul take her out without a fight. (Not surprisingly, Kristen’s fellow patients are stock characters that give the killer victims to slay over the film’s nicely compact running time.) Like many attractive young actresses, Heard has struggled to find roles that allow her to do some real emoting – she does have the cult horror movie, All The Boys Love Mandy Lane, on her résumé – but as Kristen, she really commands the screen, credibly playing an imbalanced woman who still is sharp enough to outsmart both the institution’s guards and the murderous phantom.

Because the identity of the ghoul remains a mystery throughout most of The Ward, the audience derives some of its enjoyment from trying to guess how the filmmakers will reveal the big surprise about who this evil force is. For anyone numb to modern-day horror’s reliance on increasingly “shocking” third-act twists, it comes as a bit of a relief that Carpenter seems to be forgoing that narrative gimmick, instead focusing on ratcheting up the suspense as Kristen’s fellow patients are murdered and she seeks to get to the bottom of the ghoul’s intentions. This leads to a particularly captivating chase sequence that, like so much of the rest of the film, is so affecting because it’s done with such effortless confidence. Eventually, Carpenter does in fact unveil his story’s big twist, but even here the master proves that it’s less about the reveal than it is about the skill with which it’s presented, of which there is considerable amount on display.