Attilla Till’s Kills On Wheels opens the East of the West competition at the 51st Karlovy Vary International Film Festival with a bang. 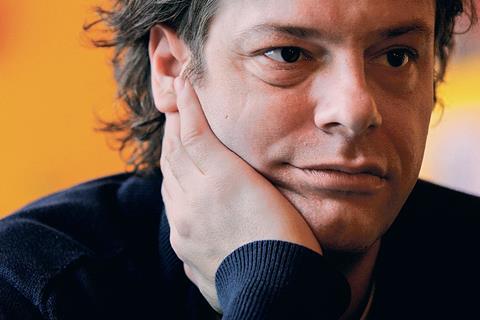 The film follows two young disabled boys who join forces with a wheelchair bound ex-fireman who decide to become assassins. The film runs through the gamut of genres as black comedy, social realism and Hollywood Action blockbuster all blend together to create a unique film that is a far cry from ‘issue based’ films dealing with disabled people.

This the second feature for Till, who also happens to be a beloved TV personality in his native Hungary. After his 2008 feature debut Panic, Till made an impression with the 2011 short Beast which played across the world as well as receiving an European Film Award nomination.

Screen asked Till about how he avoided stereotyping and how he hopes Karlovy Vary audiences would react to the film.

Screen: It’s been mentioned that you have done volunteer work with disabled people in the past. How did this morph into Kills On Wheels?

Atilla Till: I worked with a lot for different organizations that help disabled people: I tried to strengthen their communication strategy and to help ask for money from big enterprises. In Hungary, these kind of civil organizations are always in a difficult economic situation. During this time, I met wheelchair-bound people alongside those living with other handicaps. We spent a lot of time together, had parties, and all I know about this world, I learned during that time. I could see the little details of their life, the private matters: what you can’t figure out during writing your script if you just stay at home. All of this is in the film. The most important thing was I decided I wanted to make a movie with them, not only about them! Therefore the main characters and half of the “actors” are real disabled people.

Where there any other films that inspired you? Given that films about disabled issues tend to head down the road of ‘worthy, issue based’ films did you look at films and how to break those stereotypes. Or look at those that already have done so, for example the Belgian film Aaltra

AT: Bingo! Aaltra is my favorite film in this topic! That film influenced me very much, because this film was one of the first to show handicapped people not in the standard, usual way. I believe this is a punk film and very cool in every sense. I also wanted to break the stereotypes, using violent action scenes with blood and with wheelchairs, creating the protagonists like classical movie heroes, and let the players work from their own life.

You’ve talked about how you didn’t want the leads to be ‘actors’. How did you go about casting the film and finding search a diverse cast of young and old to portray the protagonists?

AT: As I mentioned, I became familiar with a lot of disabled people when I worked with them, and they are on the screen. Zoli - the main character - is a student, this was the first time that he acted but he has a real talent. I think if you work with non-actors, the most important thing is the time you spend in the rehearsals while having a constant conversation about the film and about the role. We had a long preproduction phase.

Was it easy to get the funding to make the film? It would initially seem that some of the subject matter would make some people uneasy. Or did you find that funding bodies and funders reacted in a very positive way?

AT: My previous film, Beast was nominated for the EFA European Short Film Award in 2011 after 50 international festivals and more then 10 awards. After this success, my producer Judit Stalter and I thought that we could easily make a European co-production as the next step, but we were rejected from several EU funds in the likes of France, Germany and Denmark. The success of one short film was not enough, even if we got a lot of positive feedback. Finally the Hungarian Fund supported the film, which was very important help for us. So, at the beginning it wasn’t easy to fund this film. All the European decision makers found it too risky because of the use real disabled actors and the mix of genres.

AT: We shot for almost 40 days which is the normal length for shooting a feature in Hungary. I tried to shoot more during some scenes, because of the newcomers and non-professional actors. We improvised a lot with the actors alongside the original script and dialogue which was written by myself. I let them play with their own words and tried natural situations with them. It took more time, obviously. Two things were quite difficult. The first was shooting action scenes with genuinely disabled guys. It was much more difficult then I thought because the scope for injury is higher. We were very safe all the time but this is – again - time consuming. The second was the fact it was tricky to create serious conversations on screen with amateurs. We were focusing on things very much during the rehearsal phase, which was also an entire year before the shooting. But finally we are here!

Were you ever worried about people being offended by the film? Do you envisage any backlash because the film does not deal with disabled issues in a ‘standard way’

AT: I don’t envisage it. I’ve always discussed all kinds of sensitive details with them. How can we show a naked handicapped body, or use offensive nicknames, or show how a wheelchair bound person pisses.  They were more than willing to share ideas. They understood that, if we want to bring the audience closer to this issue, we need to do it.

I think this film is in some ways wild and darkly funny, but we don’t laugh at disabled people, we just laugh with them. It’s a big difference. Overall the film doesn’t want to avoid dealing with real handicapped problems and real life situations.

The film will open the East of the West comp at Karlovy Vary. What are you hoping for in the way reaction to the film?

AT: We are very proud to open this competition program! I hope the audience will be interested in this film and will like the characters. Obviously it’s always the biggest question as to how the film works on the international level. We are very curious about it and will be happy to introduce our main cast after the screenings. It’s a huge step for our disabled actors and also gives a chance for the viewers to let them closer to their heart.

What projects will you be working on next?

AT: I have some different draft scripts already; all deal with serious social issues about current everyday life in Central Europe. We will decide which one suits the best for my third feature film in the second half of this year.