Latin family values on the rise

Venezuela may be a growing territory, with a love of family blockbusters, but local films are struggling. 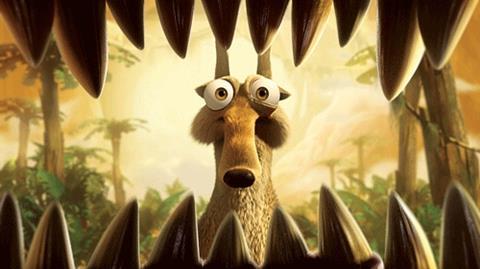 Fox International’s Ice Age: Dawn Of The Dinosaurs impressed on many fronts at the box office this summer and, unexpectedly, helped highlight Venezuela as a growth territory. The third Ice Age film has grossed $11.4m to date in the market, a 110% increase on last year’s top-grossing film, PPI’s Madagascar: Escape 2 Africa. Venezuela is now the third-biggest territory for Ice Age 3 in Latin America, behind Brazil and Mexico.

Venezuela accounts for around 1% of the international box-office market (on a par with territories such as Switzerland, Poland and Belgium). With an estimated 300 screens, the national box office for the year to date stands at $67m. With a fairly young population - almost a third of the country’s 27 million inhabitants are under 15 years old - there is great potential to grow audiences. Family films have dominated the box office for the last few years, with Up, Harry Potter And The Half-BloodPrince, Kung Fu Panda and Wall-E all strong performers.

“I can only compare it with Titanic,” says Eduardo Echeverria, Fox’s executive vice-president for Latin America, of Ice Age’s performance this year. “People fell in love with these characters. It’s a story about a family and in Venezuela we’re very family oriented. About 80% of the top films in this region are family films.” Echeverria also points to unprecedented repeat business, but adds that reaching Venezuelan audiences presents a different challenge to other Latin American countries.

Banned from advertising on TV, the larger distributors are reliant on marketing tie-ins with exhibitors and other companies, which cannot always be guaranteed.
While the Hollywood heavyweights thrive, however, local productions struggle to gain a footing. Only three Venezuelan films made the top 100 in 2008 and just two productions have managed the feat this year to date.

A state-run studio, Villa del Cine, was established in 2006 with the aim of reviving national cinema, but has been mired in controversy, fielding accusations that it makes propagandist films that do not appeal to the Venezuelan public. Its output has averaged six films a year, but it failed to release anything for the first seven months of 2009, until Libertador Morales, El Justiciero hit the screens on July 31.

Libertador Morales is the biggest locally produced film of 2009, but has only achieved modest takings of $180,000 to date. The story of a motorcycle taxi driver with revolutionary ideals and a secret identity as a crime-fighter, it has found some support but lags far behind Venezuela’s highest-grossing local film to date, 2005’s Secuestro Express ($2.4m).

Just behind Libertador Morales, Swing Con Son has scraped into this year’s top 100 to date, with takings of $79,000. But the documentary about the life and music of Dominican composer ‘Billo’ Frometa gained recognition beyond the size of its box-office performance.

Director Rafael Marziano believes the film’s long run in the cinemas is a hopeful sign, but is cautious about the future of Venezuelan film. “It was not a massive release of the film. We need six or seven more years to put the public in contact with Venezuelan stories.”