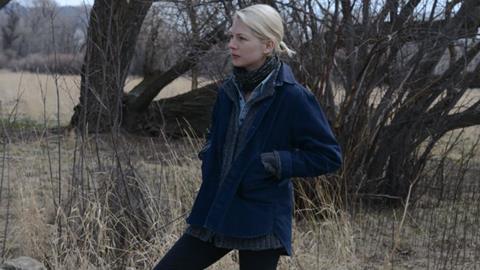 The BFI London Film Festival announced this year’s festival awards’ winners at its annual awards dinner at Banqueting House over the weekend, and revealed record-breaking attendances as the festival drew to a close on Sunday (Oct 16).

The jury commented: “In a vibrant year for cinema it was the masterful mise en scène and quiet modesty of this film that determined our choice for best film. A humane and poignant story that calibrates with startling vulnerability and delicate understatement the isolation, frustrations and loneliness of lives unlived in a quiet corner of rural America.”

The Sutherland Award for most original and imaginative first feature was awarded to Julia Ducournau for Raw, a playful coming-of-age body horror tale about a young woman’s insatiable appetite for flesh.

The award was presented by Suffragette director Sarah Gavron, who said: “It is a film that shocked and surprised us in equal measure. We admired the way the director did something completely unexpected with the genre. We enjoyed the outrageousness of the storytelling, and the glee with which events unfolded.”

The jury also gave a special commendation to Uda Benyamina’s Divines for its standout female performance from Oulaya Amamra and for its great energy and veracity.

Veteran documentarian Oskouei’s film is a complex portrait of juvenile delinquent women at the extreme margins of Iranian society.

UK documentarian Louise Osmond presented the award, commenting: “Starless Dreams is the story of young women in a juvenile detention centre in Iran. By that description you’d imagine a dark film exploring a bleak world of broken young lives. This film was the very opposite of that. It took us into a world none of us knew anything about and showed us a place full of humour, life and spirit… It’s a film that stays with you for a very long time.”

The BFI Fellowship was presented to Steve McQueen by his frequent collaborator Michael Fassbender.

In presenting McQueen with his Fellowship, Fassbender praised the director as “one of the greats of cinema”. McQueen delivered a modest acceptance speech which paid tribute to the opportunities his free university education in the UK had offered for artistic self-exploration, while expressing concern that the next generation no longer had that option available to them.