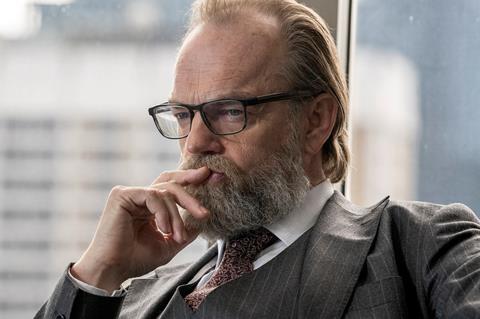 The events before and after a botched domestic terror attack are pieced together almost entirely using surveillance material, hacked phone cameras and hijacked skype calls in Lone Wolf, a deliberately unpolished political thriller and a novel spin on the found footage approac.

This intriguing political thriller uses the ideological beliefs of its characters as a jumping-off point, but is most effective when it takes its own stance

Writer/director Jonathan Ogilvie took as his source material Joseph Conrad’s 1907 novel ’The Secret Agent’, transposing the action from turn of the 20th century London to Australia of the near future, where environmental activist Winnie (Tilda Cobham-Hervey) runs a struggling adult book and video store with her boyfriend Conrad (Josh McConville). Winnie’s brother Stevie (Chris Bunton), who is learning disabled, shares her home and her passion for animal welfare. When Conrad is approached by a banned Antifa organisation with a plan to disrupt the forthcoming G20 summit, he doesn’t suspect that he himself could be the target of a plot.

This is a deft adaptation, but the film’s commitment to its surveillance device comes at the expense of textured characterisation, with only Winnie really registering as a fully realised person. It is also reflected in the lo-fi visuals. The film’s crude and grainy video aesthetic means that, even without the current limitations, it might be a more comfortable fit for streaming platforms than cinema release – this is not a film which demands to be seen on the big screen, and in fact perhaps makes more sense on a small one. The novelty of the approach should ensure further festival interest.

The main body of the film is presented as a data file, edited together by an aggrieved former police officer Kylie (Diana Glenn) and presented to a slippery Minister of Justice (Hugo Weaving), who is currently running for re-election, with beefed up ‘dataveillance’ access one of his key pledges. Conrad, explains Kylie, was her informer, which means that he was placed under ‘amber surveillance’ in which there are ‘no eyes’ actively watching him but an electronic record is kept to be studied if needed. What this means in practice is every smoke detector, mirror and security camera in his home, shop and the streets outside is wired up to record his every moment, providing Kylie with a wealth of coverage and a wide variety of camera angles from which she has cut together an account of the run up to a deadly bomb incident.

The spycam bugging of Conrad’s home and workplace doesn’t explain some of the other footage that Kylie is able to obtain, in particular, that of a secret meeting between Conrad and a member of banned organisation Black Bloc; and private skype conversations between the Minister and his Assistant Police Commissioner (Stephen Curry).

What’s also not immediately evident is why the Minister would feel obliged to watch Kylie’s film, which is not as focussed as it might be and initially dwells as much on Winnie’s affectionate relationship with her brother as it does on the couple’s involvement in covert activism. But as the story slots into place, it becomes clear that there were many vested interests in the planned ‘victimless atrocity’ which ended up claiming a life.

This intriguing political thriller uses the ideological beliefs of its characters as a jumping-off point, but is most effective when it takes its own stance, and starts to unpick the tiers of exploitation within society. Those at the top of the pile consider the ones beneath to be expendable. And at the bottom is Stevie, engagingly played by Chris Bunton (Relic), who, along with Winnie, is the only fully sympathetic character in a film populated by shady, self-serving individuals.