Love Me Till Monday 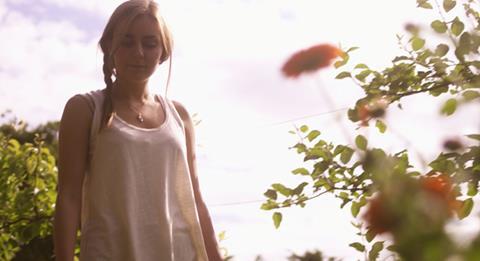 An amiable, if airily inconsequential, work of romantic whimsy, Love Me Till Monday is an attractive feature debut from UK TV mainstay Justin Hardy. With the pretty-much-uncontested distinction of being the best film ever about Reading, it - like its heroine - isn’t ever quite sure what it wants to be…Love Me Till Monday could go anywhere, and, for the most part, that’s a fine destination for those not fussy about their arc.

Its strongest feature is an attractive and likable-cast led by newcomer Georgia Maguire as the 25-year-old, Generation Now, stay-at-home-with-mum office worker Rebecca.

Hardy, working with “co-writers and co-creators” Muireann Price and Jack Fishburn, has delivered a sweet-natured film that lacks the heft to parlay its way into theatres, but could make a mark on domestic television and possible rep play.

Its strongest feature is an attractive and likable-cast led by newcomer Georgia Maguire as the 25-year-old, Generation Now, stay-at-home-with-mum office worker Rebecca who isn’t quite in control of her life or loves.  But while she is the film’s greatest charm, Rebecca is also its problem – she could be with anyone, do anything, go anywhere, so slight is her grip on her own destiny. Her character is far too tenuous to make the film stick.

Accompanied by the David Gray/Once-style music of Will Cookson, Rebecca leads a sun-dappled existence in suburban Reading, where she lives in her mother’s house and temporarily looks after/benignly neglects her younger brother. She narrowly escapes being fired from the small sales office where she works and which is run by the geeky David Ghent-like Steve (Plester), to whom she is strangely drawn after the true object of her affections Him (Pierresen) leaves town.

Comic relief is provided by office secretary Vicki (Butler) and the witchy Carly (Barratt), and there’s some very good ensemble work here with the cast (the sequences involving office appraisals and a faux hen night are particularly deftly executed). Reference is made of Rebecca’s affinity for white witchcraft to begin with, but this strand peters out, unconvinced.

Love Me Till Monday, which is framed around Rebecca’s weekend activities, makes some excellent observations about its heroine’s peer group, stranded at home in austerity Britain and not particularly, at least if Rebecca is anything to go by, in control of their own lives.  With her university friends settling down and buying wallpaper, Rebecca seems stuck in the waiting room for her own life to start. After a while, however, it becomes clear that she’s not going to leave that room during the course of Love Me Till Monday’s 89 minutes, and that dramatic inertia eventually becomes a paralyzing problem for the film.

The film’s good natured and breezily cheerful air is helped along by some very attractive lensing by Matt Wicks, and Reading looks as good as it ever will in Monday’s never-ending summer. If nothing else, Love Me Till Monday is destined for Town Hall fame there.

Music: Will Cookson (featuring the music of)