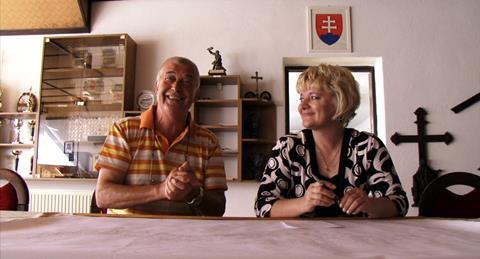 This gently humorous documentary looking at life in small Slovak city is much better at observing the small quirks and oddities of its inhabitants, all kept at arm’s length, than actually daring to tackle such major themes, such as the solitude of bachelors past their prime or the worldwide tendency of populations to move from the provinces to the big cities.

The film looks like some of the more endearing Czech comedies of yesteryear, with their colourful characters and ironic frame of mind.

Shaped pretty much as a fiction film with a distinct plot, Matchmaking Mayor (Nesvatbov) follows the efforts of an energetic mayor to convert the singles in his town into couples by organising a party where they will be paired together.

Through Hnikova amused eyes, it looks like some of the more endearing Czech comedies of yesteryear, with their colourful characters and ironic frame of mind. Soon to be released domestically as a theatrical feature under the title The Heart Can’t Be Commanded, this looks like a natural for documentary festivals and eventually art-houses specialising in the genre.

Jozef Gajdos, a retired general, is now the beloved mayor of Zemplinske Hamre, a little town he runs with the firm paternal hand of father who not only keeps his city in spick and span but takes care of its inhabitants as if they were his own children.

Whatever he has to tell them, he shares through the PA system spread all over town, an inheritance of the inglorious Communist era, which means that every once in a while he gives them a fiery speech about what they should or shouldn’t do, or about how despicable he finds all those louts on the street who are dead drunk in the morning, sleep it off until nightfall and then get drunk again.

More than anything, Mayor Gajdos cares about the future of his town, its population depleted by those who go away to study and never come back or others who simply find more lucrative livelihoods in the big cities.

His solution is to bring together all those thirtysomething bachelors - men and women - drifting around town or living with their parents, get them to marry and have children, pumping new blood into the old arteries.

He immediately sends the message through the Public Address and then dispatches his cultural assistant, Dana Pasekova, to unearth all the potential candidates for a large party, bring in an orchestra to play live music and organise a raffle.

This all may seem perfect in the mind of a former military man, trained to see human units as pawns on a chessboard, but real life is not so simple. Zemplinske’s bachelors would rather make their own choices and while they do come to the party they are just as happy to head home by themselves.

Perceptive camera work takes in not only the characters themselves but also everything surrounding them, from the interiors of their homes which often reveal more than anything they have to say, through to the lovely landscape which seems to invite much of their laid-back attitude.