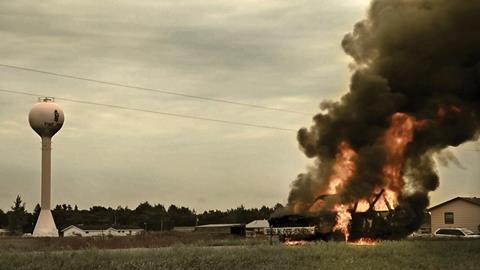 Jack Pettibone Riccobono’s documentary The Seventh Fire, about the unseen world of Native American criminal gangs, is executive produced by Natalie Portman and Chris Eyre, and presented by Terrence Malick.

The deal was negotiated between Metrodome’s TV and new media manager Ella Field and Wide House’s Anais Clanet with Metrodome planning a theatrical release in late 2015.

Evolution charts the story of a quiet seaside village where boys are forced to undergo strange medical tests in the local hospital.

The deal was negotiated by Metrodome head of acquisitions Giles Edwards and Wild Bunch’s Carole Baraton.

Documentary The Propaganda Game, directed by Alvaro Longoria (Che) and produced by Morena Films, is largely shot in North Korea where it charts the country’s propaganda war, as seen through the eyes of Spaniard Alejandro Cao de Benos, the only foreigner working for the North Korean government.

The deal was negotiated between Edwards and Memento Films’ Tanja Meissner.

Sundance debut documentary Welcome To Leith, directed by Michael Beach Nichols and Christopher K. Walker, tells the story of a tiny US town unsettled by the arrival of a white supremacist.

Metrodome picked the film up from US outfit Submarine, with the deal struck between Edwards and David Koh.

The survival thriller follows three US college students who become stranded in shark-infested water off the coast of Australia.