Mike Leigh returns to the Croisette for a fifth time with his biggest-canvas film to date, a biopic of British Romantic painter JMW Turner, who was known as the ‘painter of light’. 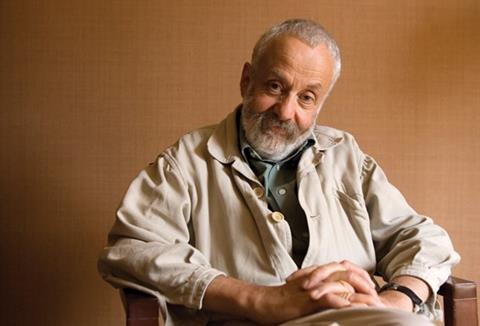 Why did you want to tell this story?
Apart from the fact that Turner is a great painter and a great British institution, it seemed to me a natural cinematic subject that hadn’t been done before.

The tension between the flawed but passionate character and his extraordinary work seemed worth exploring.

We started thinking about making this film after Topsy Turvy in the late ’90s. The problem was - and remains, despite having finished it - getting enough money to make it. We got around £8m in the end. We haven’t done some things we had thought we would - like shoot in Venice - but I think we’ve still done it proud.

How much artistic licence could you take?
Plenty. It’s not a documentary - it’s a dramatic distillation. On the other hand we researched it solidly and it’s grounded in received truths.

Were you concerned about translating a painter’s work into moving image?
Turner is cinematic in the first place. The look of the film - it’s palette - was shot brilliantly by Dick Pope. We’ve gone for the spirit and the look of Turner.

Was this your first feature on digital?
We had shot a short on digital but yes it was. As servant supporters of film we had mixed feelings about it but the truth is that things are moving forward and there’s no point in fighting it. We’re living in the second decade of the 21st century. The technology is there and it should be embraced. Digital worked very well for this film.

Are you enthused by this year’s strong British presence in Cannes?
Yes, it’s great. We’ve got a film industry so it’s bad news if there are only one or two films at Cannes. It’s good for our profile. I’m the governor of the London Film School and we’ve got a few films in selection and I’m very proud of that.

With that in mind, who is the UK’s next Mike Leigh?
I don’t know the answer to that or whether there is an answer to that. It’s not a question I am much disposed to ponder [laughs].

Your Competition counterpart Ken Loach has talked about retirement recently. You’ll continue to make films we hope?
Yes, certainly. Ken is six years older then me remember [laughs]. We’re already talking about the next one. We will make a film in a couple of years.

Will it have as big a canvas as this one?
I’ll believe that when I see it [laughs].