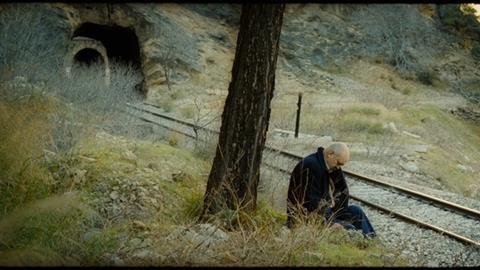 Already the recipient of the Dino de Laurentiis award in Venice (the equivalent of Cannes’ Camera D’or), Ali Aydin’s first feature Mold (Kuf) bears all the earmarks of a hardcore art cinema product with limited, if prestigious, prospects in sight. Deliberately slow paced, minimalist and meticulously framed, Aydin’s debut may be stretching a rather thin script over a vast canvas, but nevertheless every time he reaches a crucial point he manages to drive it all the way home.

His lead character, Basri (a solid, reliable performance by Ercan Kesal, who was the village elderman in Once Upon A Time In Anatolia), seems to be the personification of the insignificant little man going his way quietly, never raising his head or his voice, docile and law-abiding, apolitical to the point of never voting for any party, submitting to his fate patiently whatever may happen, honest and moral but surly and fiercely reclusive.

Not all of this is actually put into so many words by Aydin but it is clearly implied by the man’s actions. Squat, stocky, about to retire in a couple of years, he is a widower working in a small provincial town as a watchman for the railroads, walking from early morning to the late hours of the afternoon to check the condition of the rails. If there is anything amiss, he reports it to his superiors and with that, his job is done. Whatever happens before or after is none of his business.

In an early scene, a remarkable two-shot that goes on almost forever, Basri sits across the table from the new police inspector in town (subtly played by Muhammet Uzumer) and has to tell him again, as he has done countless times before, about his only son who got a scholarship and went to study in Istanbul. And how one day, 18 years ago during the brutally repressive political demonstrations, the son had disappeared without a trace. Since that time, Basri has been doggedly sending one petition after another, hoping against hope that someone will provide some piece of information.

The only true conflict to erupt in the film is caused by a natural born troublemaker, Cemil (Tansu Bicer, sleazier than necessary), who goads Basri even before he has a reason to, but the entire episode serves mainly to show how conscientious a person Basri is. Otherwise, the picture is mostly a dark, atmospheric portrait of a man on an obsessive search for an answer, who may be ultimately better off not finding it, for the search itself is the essence of whatever he has been left of his life.

All through these proceedings, Murat Tuncel’s camera rarely if ever moves, locking the characters into strict frames and precisely composed images. Aydin’s pace allows these images to sink in and mark their presence, all the emotions are effectively transmitted, but had he applied the economy of the camera moves to the editing as well, the final result would have been even more effective.