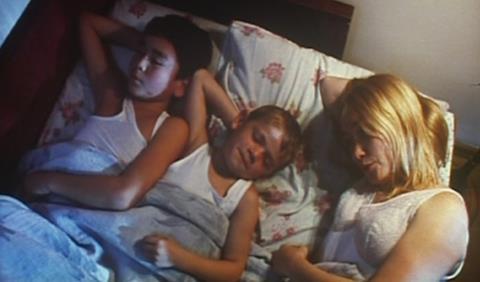 A watchably gloomy story of a Kazak family struggling to cope, Mother’s Paradise (Raj dlja mamy) is elegantly made by Kyrgyz director Aktan Arym Kubat from a thoughtful screenplay by acclaimed Iranian filmmaker Mohsen Makhmalbaf. Such credentials should ensure it features at a series of film festivals, though it may be too downbeat to appeal to many distributors.

There are no laughs to be had in Mother’s Paradise, but there is a sad poetry to this small and rather tender tale.

The director – who is also known as Aktan Adbykalikov, and whose last film The Light Thief showed in Directors Fortnight in Cannes 2010 – weaves a moving and provocative story of an extended family living in a ramshackle flat in rural Kazakhstan. This new film had its world premiere at the Karlovy Vary Film Festival.

Young boys Amir and Serikpai are having a hard time at school, growing up without their father who has gone to look for work in Russia. They share a room and a bed with their mother Polina (Olga Landina) in the apartment of Polina’s elderly father Marat (Mikhail Zghilov) and his sister Asiya (Natalya Arinbasarova), who bicker and struggle to keep things together.

He tries to make ends meet by selling small items to various people, while Asiya does her best tend to the children. Polina cycles to ‘work’ and arrives home late, but eldest child Amir is devastated to find out (from cruel schoolmates) that she is working as a prostitute. Despite everything, there is love within the family, but circumstances are so tough, and Polina finds life increasingly hard to bear.

The script has a real sense of tenderness in amidst the harshness of life, and is driven by terrific performances all round, and especially from Mikhail Zghilov and Natalya Arinbasarova as the elderly siblings used to a tough way of life (he is still bitter against the German from World War II) but increasingly saddened by the circumstances of Polina (a subtle and moving performance by Olga Landina) and her children.

There are no laughs to be had in Mother’s Paradise (the title only becomes clear in the closing scenes), but there is a sad poetry to this small and rather tender tale.