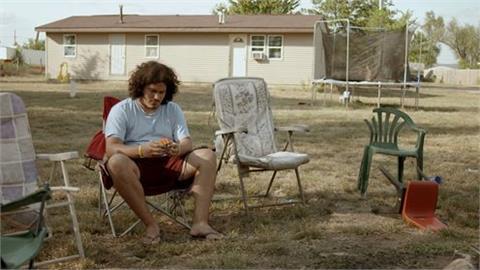 With its low-key Iowa backdrop and engaging non-professional actors, Aaron Douglas Johnston’s immersive and gently watchable My Sister’s Quinceañera is one of those unusual and quite rare US indies that favours a modest insightful story over overburdened storylines punctuated by cameo performances from well-known faces.

The film’s gently immersive naturalism and strong use of the unshowy locations help give My Sister’s Quinceañera a sense of honest and compassion.

The film had its world premiere at the International Film Festival Rotterdam.

Set amongst Mexican-American residents of small-town Iowa, the film dwells simply and honestly with the pressures of family ties. Silas (Silas Garcia) lives with his mother (there is no sign of a father) and extended family of siblings. It is summer and he and his best friend talk idly about leaving…he has no fixed plans, but knows quite simply that he needs to leave.

The family prepares for the festive celebration of the 15th birthday of Silas’ sister. For the family the quinceañera is an important event, marking the moment when a girl becomes a woman. A beautiful dress is bought, there is dance practice (where Silas watches, and slowly gets to start a tentative romance), bickering between his younger sisters and a white stretch limo is hired.

The film’s gently immersive naturalism, with many of the non-professional actors related and therefore displaying a natural warmth and affinity with each other, and strong use of the unshowy locations help give My Sister’s Quinceañera a sense of honest and compassion. The story maybe low-key – and subdued even – and gently undramatic, but the characters and their modest journey is very watchable and beautifully played.