Richard Gelfond spills the beans on how IMAX is “branching out into new initiatives”. 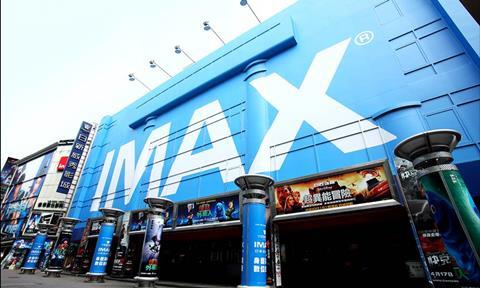 IMAX CEO Richard Gelfond has talked about the company’s plans to branch out into virtual reality and original programming.

Speaking to reporters ahead of their European deal with AMC last week, Gelfond said that IMAX are “branching out into new initiatives”.

The first is original content. It was announced last year that IMAX will debut the first two episodes of TV series Inhumans (below) at its theatres in September, before it transfers to ABC.

Gelfond said of the show: “We’re involved. They’re using our cameras, asking our opinions on things. It’s a partnership but Marvel make the final decisions.”

He added said IMAX have similar projects in the works. “One of my visions for the future of IMAX the company… if you think of HBO or Netflix, the way they started was by distributing Hollywood films. We’ve also distributed Hollywood films in an advanced way and we’re hoping this will lead to original content.

“HBO and Netflix couldn’t do that until their subscriber base was big enough. Now we have about 1,200 screens in 75 countries and another 500 in backlog. Our network is large enough where we can start to amortise the costs of these productions. It makes economic sense.”

He said Inhumans, which the company invested capital in, was an attempt to expand IMAX programming beyond traditional blockbuster corridors. “September is a soft period in the movie industry,” he said. “Blockbusters [such as Star Wars: The Last Jedi and The Fate Of The Furious] won’t come out in September, so we’re looking for programming solutions at softer times of the year.”

Gelfond ruled out IMAX getting into feature film production anytime soon, however. “The network isn’t big enough to recoup the cost of a higher budget film,” he said.

Gelfond also discussed why IMAX are investing in virtual reality. In November the company announced it has raised $50m to fund virtual reality content and has also signed a deal with Warner Bros to co-finance and produce virtual reality experiences for Justice League and Aquaman.

“Our brand is much bigger than our revenues,” said Gelfond. “IMAX box office worldwide is around a billion dollars [a year] but our revenue is only around $350-400m.

He said attracting new audiences to cinema was a big motivation to invest in VR.

“Movie attendances by millennials has not been as strong as other sectors of the audience,” said Gelfond, “so we think bringing in a fun interactive experience will help get the off the couch to go to the movies. We think that will be good for IMAX.”

“If you think of the future, think of Tom Cruise climbing the Burj Khalifa [in Mission: Impossible - Ghost Protocol] - this is just an example. After seeing the movie you can race Tom to the top of the building. That’s the future.

“We’re not interested in showing movies in VR [but] we think consumers, especially millennials, will want more VR [in theatres].”

He said the company’s flagship IMAX VR centre on Los Angeles’ Fairfax Avenue had so far been used by between 15-20,000 people. Two more will open this year, in New York and at the Trafford Centre in Manchester this June.

“I’m particularly excited about that one because it’s kind of the juncture between entertainment centre meets movie theatre. Virtual reality is at that intersection.”

He said IMAX virtual reality experiences don’t necessarily have to be in IMAX theatres.