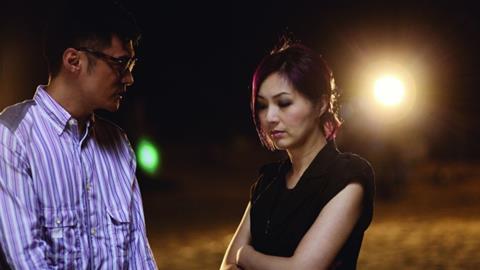 Hong Kong stars Miriam Yeung and Shawn Yue are reuniting for Love Off The Cuff, the third installment in Pang Ho-cheung’s hit series about a star-crossed couple.

Pang and Subi Liang’s Making Film Productions is again producing for Media Asia, which is launching sales on the film here at AFM.

The first two films in the series won awards and were hits across Asia. Love In A Puff (2010) introduced the couple Cherie and Jimmy who meet over a cigarette in the street after Hong Kong has banned indoor smoking. The follow-up, Love In The Buff (2012, pictured), sees the couple break up and reunite in Beijing.

The third installment follows the couple to Taiwan and sees their relationship tested when Jimmy’s childhood friend asks him to donate sperm for her artificial insemination. Paul Chun Pui also stars as Cherie’s estranged father who turns up unexpectedly with a much younger second wife.

Currently shooting in Hong Kong and Taipei, the $12m film is scheduled for delivery in March/April 2017.

Media Asia’s slate also includes John Woo’s Manhunt, scheduled to wrap at the end of this month, and Gordon Chan’s God Of War, which is being lined up for release in March 2017.