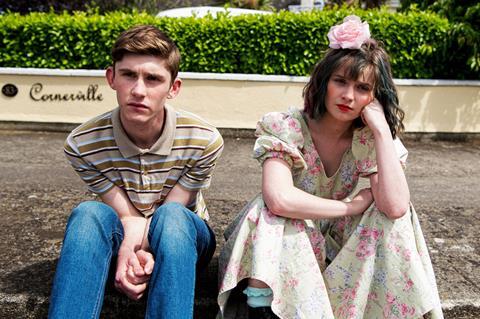 Altitude has taken UK distribution rights and international sales on Beards, the Irish comedy-drama that marks the second feature of director David Freyne (The Cured).

Local outfit Wildcard Distribution will handle the Irish release of the project - the company’s previous releases include The Young Offenders and Lady Macbeth.

2017 Screen Star of Tomorrow Fionn O’Shea (Handsome Devil) and Lola Petticrew lead a story set in Ireland during the mid-90s of two closeted teenagers who decide to stage a relationship in order to stop everyone speculating about their sexuality.

Screen can also reveal a first look at the two leads.

The feature was developed and financed by Screen Ireland with Atomic 80 Productions and Wrong Men in Belgium, and is produced by Rachael O’Kane (The Cured) and John Keville (The Hole In The Ground).

Director Freyne’s debut The Cured starred Ellen Page and premiered at Toronto in 2017.