EXCLUSIVE: Amazon has exclusive streaming rights to films like The Land Of The Gods and A Death In The Gunj. 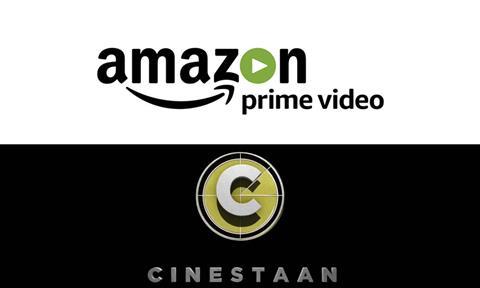 Amazon has announced a long-term alliance with Cinestaan Film Company through its sales arm C International Sales for the exclusive distribution of independent Indian films.

The first batch of the titles includes The Land Of The Gods (Dev Bhoomi), A Death In The Gunj and The Hungry. The films will be streamed exclusively on Amazon Prime Video India after their theatrical release.

Rohit Khattar, chairman of India and UK-based boutique studio Cinestaan Group said, “In our quest to champion independent Indian films, we have been trying to figure out various ways to effectively distribute films which face the usual conundrum of high P&A and other costs. Amazon Prime Video has presented a much needed option.”

Nitesh Kripalani, director and country head of Amazon Prime Video India said, “Our alliance with Cinestaan is to build our selection of features from India’s evolving independent filmmakers.  This realistic style of filmmaking from a new exciting breed of filmmakers, creates room for experimentation in content as well as form. Death in The Gunj, The Hungry and Dev Bhoomi are the first titles in our Indian offering in this exciting new genre - independent cinema.”

Serbian director Goran Paskaljevic’s The Land Of The Gods, which premiered at Toronto last year, is set in India’s high Himalayas about a man, played by Victor Banerjee, who returns from overseas to his native village after four decades.

A Death in the Gunj, which also premiered at Toronto, is the directorial debut of actress Konkona Sen Sharma. Set in the late 1970s, it is about a family holiday which takes a dangerous twist when the guests play with the spirits.