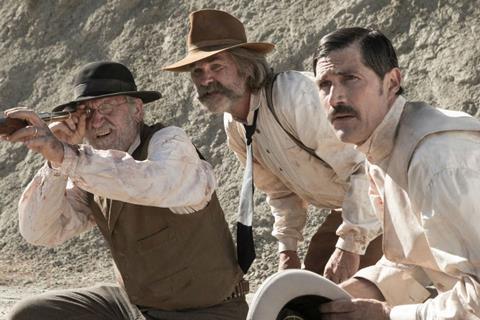 RLJ has the rights to ‘Bone Tomahawk’

The move to buy outstanding shares of Robert L. Johnson’s company comes 16 months after AMC Networks invested $65m in the form of loans (which have since grown to an aggregate of $78m) as part of a strategic partnership.

AMC and Johnson currently own approximately 26% and 47% of the outstanding shares of RLJ Entertainment common stock, respectively.

The proposal involves paying $4.25 per share in cash, with the goal of turning RLJ Entertainment into a privately held subsidiary.

AMC’s previous digital space investments include YouTube network DanceOn and digital media firm MiTu. The company expects the RLJ Entertainment board to form a special committee of independent directors to consider the proposal with the assistance of an outside financial advisor and legal counsel and to negotiate the proposal with RLJ Entertainment.

Johnson and the directors of RLJ Entertainment nominated by AMC Networks will not participate in the evaluation of the proposal. Citigroup Global Markets Inc. is acting as financial advisor and Sullivan & Cromwell LLP is acting as legal counsel to AMC Networks in connection with the transaction.