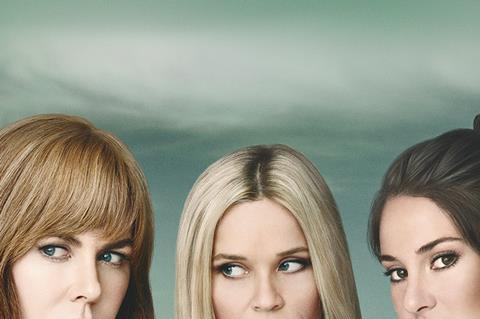 HBO chiefs said on Friday (December 8) they have renewed hit limited series Big Little Lies for a second season, with British filmmaker Andrea Arnold on board to direct all seven episodes.

Reese Witherspoon and Emmy winner Nicole Kidman will reprise their roles as young mothers whose friendships exist within a web of social and domestic intrigue.

Arnold will also serve as executive producer on the Emmy-winning limited series, which once again will explore the dynamics of marriage, friendship, and lies.

Liane Moriarty, the Australian novellist from whom Witherspoon and Kidman initially optioned the Big Little Lies rights, serves as producer on Season 2. Kelly will write all seven scripts partially based on a story by Moriarty.

“I’m excited to announce the return of Big Little Lies,” Casey Bloys, president of HBO programming, said. “David Kelley wrote beautiful scripts and Reese and Nicole were, once again, a force to be reckoned with, reuniting the cast and recruiting the talented Andrea Arnold to direct. We look forward to working with this amazing group of artists.”

“I’m thrilled to be bringing back this talented team of artists,” Witherspoon said. “It gives us the opportunity to delve deeper into the lives of these intriguing and intricate Monterey families and bring more of their stories back to the audience who embraced and championed them. I’m beyond excited to be working with talented and acclaimed director Andrea Arnold who will be at the helm. Andrea’s unique storytelling style will be a welcome addition to the filmmaking team.”

“This is inspired by the overwhelming response by audiences around the world, conceived once again by Liane Moriarty, realized by David Kelley and now in the hands of visionary filmmaker Andrea Arnold,” Kidman said. “What a journey this has been. I’m so grateful to have this opportunity to keep exploring these female characters and make this series with my friends.”

Big Little Lies debuted on HBO in February and earned 16 Emmy nominations and won eight, including outstanding limited series, outstanding lead actress in a limited series or movie for Kidman, supporting actor and actress prizes for Alexander Skarsgård and Laura Dern, and outstanding directing for Vallée.