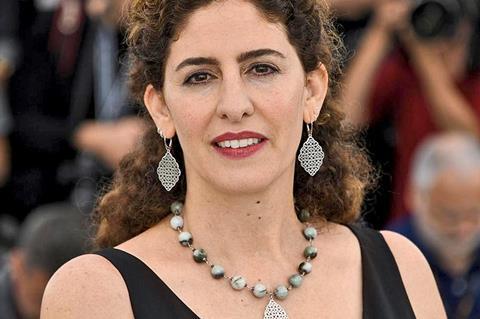 Palestinian director Annemarie Jacir’s upcoming TV drama Mornings In Jenin is among 39 projects to have secured Doha Film Institute (DFI) funding as part of its autumn 2020 grants round.

The drama, which is in development, marks Jacir’s first foray into TV drama after numerous shorts and three features, Wajib, When I Saw You and Salt Of The Sea.

Based on the eponymous, best-selling novel by Palestinian-American writer and journalist Susan Abulhawa, it is an intergenerational tale, spanning five countries and the intertwining lives of three siblings.

In keeping with the DFI’s mission, 31 of the 39 projects have Arab world connections, with 22 projects hailing from the Middle East and North Africa. Another eight projects at the post-production stage hail from Belgium, Bolivia, China, Ethiopia, France, Iran, Philippines and Sweden respectively.

“We have worked over the past ten years on our commitment to establish an important resource hub as part of a comprehensive ecosystem that promotes Arab talent and skills and adds value to the region’s creative industry,” said DFI CEO Fatma Hassan Alremaihi. “We are extremely proud of our past and future grant recipients, who represent DFI’s role in the development of independent cinema, and hope to further expand the creation of original and compelling content from the Arab world and beyond.”

Feature film grantees include Palestinian director Mahdi Fleifel’s upcoming documentary My Father’s House, a personal exploration of life in exile, and Lebanese director Nadim Tabet’s thriller Under Construction, revolving around a Syrian worker who uncovers a series of mysterious disappearances from a building site.

Non-MENA recipients include Bolivian director Kiro Russo El Gran Movimiento, about a worker who falls ill on arriving in the city of La Paz, and Iranian director Sahar Mossayebi’s drama Orca, about a divorcee on a personal mission to gain the Guinness World record for swimming the longest distance with her hands bound.