The Seagull, Michael Mayer’s drama that recently premiered at the Tribeca Film Festival, has been picked up for UK distribution by Thunderbird Releasing. 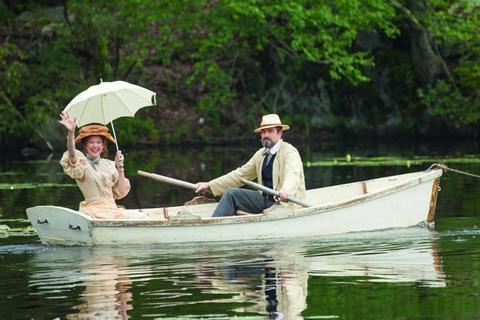 Starring Annette Bening, Saoirse Ronan, Elisabeth Moss and Corey Stoll, the film focuses on eight people at a country estate in Russia, all grappling with various romantic entanglements while exploring the dangerous nature of narcissism.

The film’s UK release is slated for summer 2018.

The deal was negotiated by Edward Fletcher, managing director of Thunderbird Releasing, and Carl Clifton, president of sales representative Hyde Park International. On the acquisition, Fletcher commented that “Chekhov has always attracted the cream of acting talent, and in Annette Bening, Elisabeth Moss and Saoirse Ronan, this film has delivered a cast perfectly fit for a sublime summer treat.”

Mayer is most known as the Tony Award-winning director of Broadway musicals Spring Awakening, American Idiot, and Hedwig And The Angry Inch.