Marvel’s latest comfortably fended off Inside Out and Southpaw to top this week’s social media buzz chart. 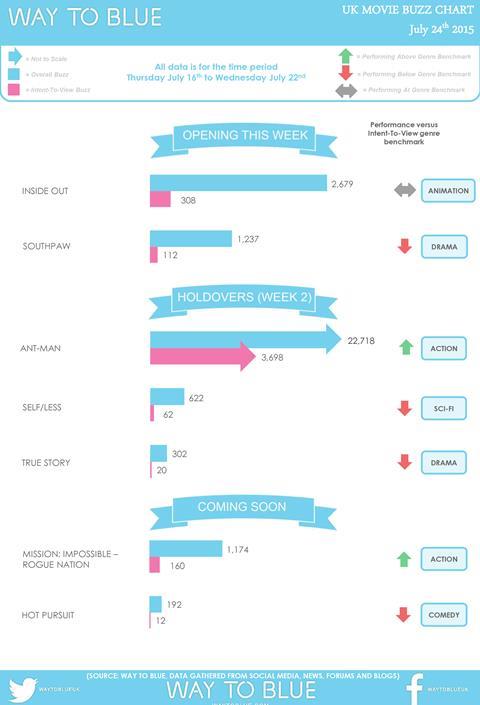 Ant-Man beat competition from two titles opening this week, Pixar’s latest Inside Out, which had 2,679 mentions (11.5% ItV) across social media, news, forums and blogs, and Jake Gyllenhaal-starring boxing film Southpaw, which posted the third-highest total with 1,273 mentions (8.8% ItV).

On the horizon, Tom Cruise-starring sequel Mission Impossible: Rogue Nation, which had its world premiere yesterday in Vienna, had 1,174 comments (13.6% ItV).