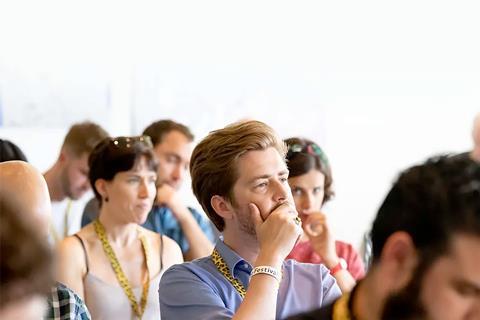 A mood of cautious optimism was palpable at the Locarno Film Festival’s StepIn think tank which was held this week under the heading “Putting the pieces together in a post-pandemic puzzle.”

Around 50 international film industry execs took part in four brainstorming sessions dedicated to the future of the theatrical ecosystem; opportunities for film production and financing; the future of festivals and markets; and the issues of gender equality and social impact.

In a final wrap session which distilled the discussions in the four sessions and was presented by Mubi’s director of marketing Irene Musumeci, she spoke of an increasingly complex and fragmented theatrical and streaming market and the fact that more films are being produced than distributed.

“Audience development is the biggest challenge and the question is how to create new audiences for good films so that they are not treated just as content,” Musumeci explained.

She said that for a long time audience development had focused on younger audiences, but it is now important to bring older audiences back to cinemas in the wake of the pandemic.

Musumeci argued that cinemagoing could be boosted by closer collaboration between exhibitors and distributors “to build localised campaigns to connect national and global campaigns with local audiences.” She spoke of operating grassroots and outreach campaigns “to create a sense of community for cinemas” and to make film “an event and not just something you put on a screen.”

UK-based producer Carlo Dusi of Endor Productions said that he was surprised by the level of optimism at the roundtable about the state of film financing post-pandemic.

He pointed to key challenges now facing the independent production sector, citing rising below-the-line production costs. “This had already begun before the pandemic but has been exacerbated by the COVID crisis through two years of lockdown.”

In addition, independent producers are faced with “the high cost of transactions in the independent financing space, particularly when you are dealing with multiple partners coming from public and private sectors and operating under different objectives.”

Post-pandemic, Dusi observed that there has been a transition away from a presale financing model, which was already under pressure before COVID appeared, to a co-financing model with different players from a wider spectrum.

The roundtable also focused on the different ways to secure financing from the streamers and US studios.

“The old model that the global streamers used to apply had been ‘all or nothing’ and they wanted to own everything forever,” said Dusi. “But that has now developed into a more flexible approach to look at ways in which to acquire or co-commission against multiple territories taking licenses instead of ownership in perpetuity, sharing rights and revenues in more flexible ways.”