EXCLUSIVE: Genre sales outfit has also struck a deal on Lemon Tree Passage to the US. 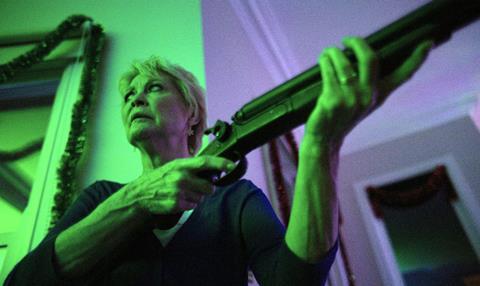 Wallace plays a mother who must protect her family who are tormented by a creepy stranger on Christmas day. The actress was also a producer on the project with Anderson. The film premiered at Sydney Film Festival, Fantasia and FrightFest.

Starring Tim Pocock (X-Men Origins: Wolverine), Jessica Tovey (Adore) and Andrew Ryan (Last Cab To Darwin), the film follows a group of young backpackers in Australia who discover that a legendary local ghost tale turns out to be true.

David Campbell directed the film and co-produced the screenplay with Jeremy Ervine.

The film received its domestic release from Universal Pictures in Australia and Kinologistika released it theatrically in Russia. It will be re-titled to Death Passage for its US release.