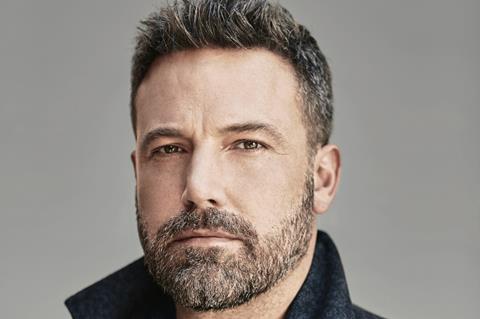 Ben Affleck is set to star in Robert Rodriguez action thriller Hypnotic, the first film greenlit under the Studio 8 and Solstice Studios strategic partnership, which was announced last week.

Solstice will spearhead US distribution and kick off international sales at the AFM this week.

Rodriguez, Studio 8 CEO Jeff Robinov and colleagues Guy Danella and John Graham will produce with Solstice. Production is set to start in April.

Hypnotic is based on a screenplay by Rodriguez and Max Borenstein (Godzilla franchise, Kong: Skull Island) about a detective (Affleck) who becomes entangled in a mystery involving his missing daughter and a secret government programme, while investigating a string of impossible high-end heists.

Studio 8 and Solstice Studios has planned a cocktail event at the AFM to introduce the partnership, with Rodriguez scheduled to attend. The partners plan to make more films together in the future.