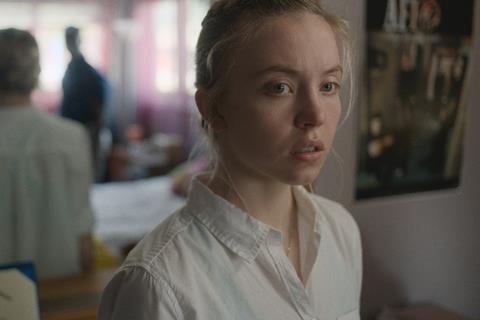 The Berlinale has revealed the first films that will play in its 2023 edition, announcing 14 features for the Panorama strand and nine for the youth-focused Generation section; plus a full move to Potsdamer Platz for the European Film Market, returning as a physical event for the first time since 2020.

The 14 Panorama titles include Reality, the feature debut of US filmmaker Tina Satter, which depicts a young woman confronted at home by the FBI, which leads her life to unravel. The film stars Sydney Sweeney, known for her roles in TV hits Euphoria, The White Lotus and The Handmaid’s Tale.

Scroll down for the first Panorama, Generation titles

The Generation section includes nine features and nine shorts, with eight of the features coming from debut filmmakers. Full-length titles include Negin Ahmadi’s documentary Dreams’ Gate, about a young woman in Iran embarking on an adventure to meet the Kurdish women fighters in the war zone of North Syria.

The full programme for both sections will be confirmed in mid-January.

After successive online editions, this year’s EFM has consolidated exclusively around Potsdamer Platz in central Berlin for the first time. The Martin Gropius Bau and Marriott Hotel will continue to be used as exhibition spaces; while the EFM Industry Sessions and Café Connect meeting place will be held at the Documentation Centre for Displacement, Expulsion, Reconciliation in Stresemannstraße, on the same block as the Gropius Bau.

“The centralisation of the market around Potsdamer Platz means that our curated networking opportunities and specifically-tailored focuses on individual genres and themes will help us to meet the needs of the industry and create an efficient market infrastructure bringing participants together, creating sustainable links, and also inspiring and challenging them to reflect,” said Dennis Ruh, EFM director. “The great demand from our long-term but also from new exhibitors, the excellent current accreditation status and the resulting trust in the EFM motivate us to achieve our goal.”

The EFM will also include a Caribbean stand for the first time, with an umbrella coverage of island nations from the region.

EFM Industry Sessions will operate under the theme of ‘Shift happens’, which the festival describes as ‘an ironic wink to the complex and far-reaching upheaval in the industry.’ The new EFM Connects networking section will include EFM Connects: Lunches, offering exhibitors and partners the chance to meet in ‘a relaxed atmosphere over a three-course lunch’.

This year’s Countries in Focus are the Baltic nations Estonia, Latvia and Lithuania, which will host a reception on the second day of the market (February 17) to profile their work both in and outside of the festival.

The EFM says it is ‘already registering strong demand’ ahead of the February 16-22 event, and is expecting ‘around 11,500 participants’ across the seven days.

The Properties Of Metals (It) *
Dir. Antonio Bigini

To Write From Memory (US) short *
Dir. Emory Chao Johnson