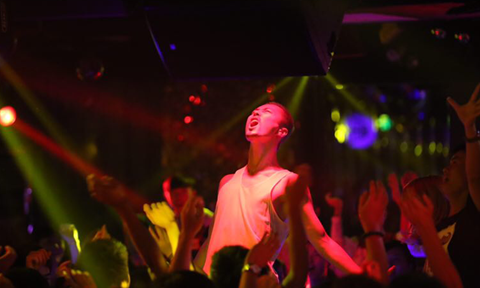 The new outfit is launching at the Shanghai International Film Festival (SIFF) with a debut slate of four projects, including Geng Jun’s Manchurian Tiger, which has been selected for SIFF’s film financing platform, SIFF Project.

Produced by Blackfin, the film is a dark comedy about a man seeking revenge against people who owe him money. Geng previously directed Free And Easy, which won a special jury prize in the World Cinema competition at this year’s Sundance.

Currently in post-production, Ash [pictured] follows a doctor and a steelworker who are haunted by a couple of murder cases in their past. The film was produced by Alibaba Pictures under its ‘Project A’ initiative to nurture new directors.

Scheduled to shoot later this year, Blue Train is about a man trying to rebuild his life after spending time in prison. Zhang’s debut feature, The Summer Is Gone, won best picture, best new performer and the FIPRESCI prize at the Golden Horse Awards in 2016.

“We want to take good care of Chinese independent films in the international market,” said Rediance founder and CEO Xie Meng, who previously worked in film curation for Wanda and Ullens Centre for Contemporary Art.

“We felt that independent filmmakers need a company that understands the cultural context of their films and can then build a bridge to international programmers and distributors.”

Founded by Wang Zijian in 2013, Blackfin is an indie production house with credits including Bi Gan’s Kaili Blues, Wang Xuebo’s Knife In The Clear Water and Qiu Jiongjiong’s Mr Zhang Believes. The company is based in Beijing and has offices in Hangzhou, Hong Kong and Paris.