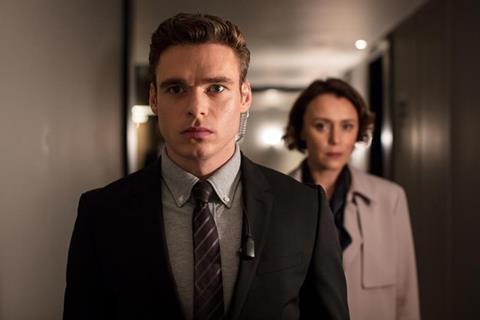 The SVoD platform will carry Jed Mercurio’s six-part thriller outside of the UK, Ireland and China from 24 October after signing a deal with ITV StudiosGlobal Entertainment early in the show’s development.

Bodyguard is the UK’s biggest drama launch in more than a decade and has been held up as a prime example of the power of linear scheduling in the Netflix era. Its third episode has consolidated to 11.1m in seven days, while last Sunday’s fifth episode attracted an overnight audience of 8m.

ITV Studios’ international president Maria Kyriacou said the drama had “gripped the nation with its twists and turns”.

She added: “It’s a perfect example of a show produced locally that has huge global appeal. Through our partnership with Netflix, we can’t wait for audiences around the world to enjoy the show as much as audiences here in the UK.”

The series ends with a 75-minute episode on BBC1 next Sunday.