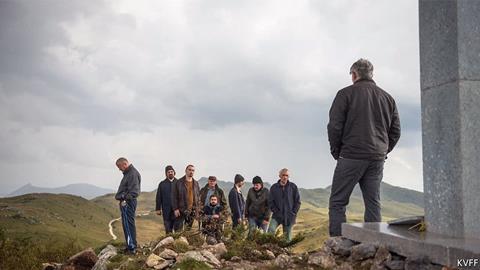 The film premiered at Karlovy Vary - where Picture Tree International boarded international rights - and played at Sarajevo Film Festival this week where it won the Youth Audience Award.

The film, set two decades after the war ended in Yugoslavia, follows a diverse group of veterans who gather at a remote mountain hotel to undergo group therapy.

Watch the Men Don’t Cry trailer below or on mobile HERE.