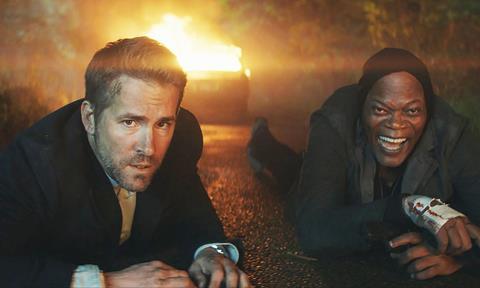 Bulgaria is set to introduce a 25% cash rebate to attract international film and TV producers to shoot in the country.

There could be a cap of €1m per project, according to Jana Karaivanova, executive director of the Bulgarian National Film Center (BNFC). She was talking on an online panel as part of Germany’s connecting cottbus market this week.

“We had been working very intensively for the last 1½ years on the introduction of an incentive ,” Karaivanova explained. “We are probably the only country left in Europe who didn’t yet have one.”

The rebate will part of an additional €12.5m package for the Bulgarian film industry from the Ministry of Finance that will see the creation of a €7.5m incentive scheme and an additional €5m for local production.

Pending final government approval, the BNFC would then have €12m to invest in local productions and co-productions in 2021 and will administer the additional €7.5m incentive scheme.

Even before the incentive Bulgaria has been viewed as an attractive place to shoot high budget international film and TV.

Nu Image and Millennium Media own the renowned Nu Boyana Film Studios just outside the capital Sofia, and the facility has hosted productions including London Has Fallen with Gerard Butler, and Ryan Reynolds action comedies The Hitman’s Bodyguard and The Hitman’s Wife’s Bodyguard.

Production on high-concept thriller Till Death starring Megan Fox took place at Nu Bayona after Bulgaria reopened in August during the pandemic.

Additionally, the third and fourth instalments of Voltage Pictures’ After franchise are now shooting in the country.