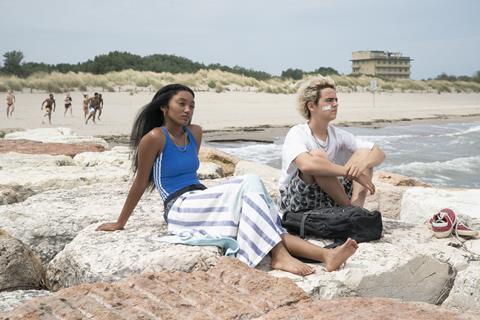 We Are Who We Are

Cannes Directors’ Fortnight has revealed Italian director Luca Guadagnino’s series We Are Who We Are and US filmmaker Miranda July’s Kajillionaire had been selected for the parallel section this year, before it was canceled due to the Covid-19 pandemic.

Directors’ Fortnight announced it was cancelling its 2020 edition in unison with parallel Critics’ Week and ACID on April 15, two days after the Cannes Film Festival ditched its scheduled May 12-23 dates.

While Critics’ Week and ACID both joined the Cannes Film Festival in later unveiling special 2020 label selections, Directors’ Fortnight has held off making any sort of announcements until now.

Paolo Moretti explained to Screen that the reasons behind this approach were two-fold.

”Firstly, we didn’t have a selection so we couldn’t make an announcement and then we really wanted the films we had selected to take their time as they re-elaborated their strategies,” he said.

”The two films we have announced as being selected were selected before we had to cancel. We found it sad for the films not to be able to say they were actually selected at the Fortnight. Now that they have clear horizon about how they’re going to meet the audience, we want to offer them our support. We loved them when we selected them, and we still love them now.”

HBO announced on Tuesday (July 7) that Guadagnino’s eight-episode series will world premiere on its network in September and then air on Italy on Sky in October.

Guadagnino’s first foray into TV drama stars Jack Dylan Grazer and Jordan Kristine Seamón as two American youngsters living on a US military base in Italy, with Chloé Sevigny and Alice Braga in the roles of their mothers.

Moretti said Directors’ Fortnight had been plotting a continuous screening of the eight-hour work in its main Theatre Croisette venue, with a lunch break in the middle.

”This is one of our big regrets as it would have been quite something to show an eight-hour film. We saw it as a film and we wanted to bill it as such, even if it will screen as a series. Luca was really excited about this possibility. We’d been working on it since the autumn of 2019. It was a beautiful thing in our minds.”

“With Miranda it was the same thing. I’ve been following her work for years. I already organised Italian premieres of her films,” continued Italy-born Moretti, who previously collaborated with the Rome Film Festival. “We were excited about bringing her back to Cannes after a 15-year absence.”

July’s crime comedy-drama Kajillionaire stars Evan Rachel Wood, Richard Jenkins, Debra Winger, Gina Rodriguez and Mark Ivanir. It is due to be released by Focus Features in theatres in the US on September 18 and in France on September 30 by Apollo Films.

It world premiered at the Sundance Film Festival in January. The Fortnight has a tradition of international premiering US titles that originally debuted at Sundance.

July was previously in Cannes with Me And You And Everyone We Know, which debuted in Cannes Critics’ Week in 2005, winning the Camera d’Or for best first film across all the selections.

Dufresne’s Monopoly Of Violence will be released theatrically in France by Jour2fête on September 30.

Moretti said Directors’ Fortnight had been mid-way through creating its selection - which usually comprises some 25 features and a dozen short and medium-length works - when it was cancelled.

He added that the section could make further announcements in the coming weeks but it would depend on the trajectory of the films selected but never announced.