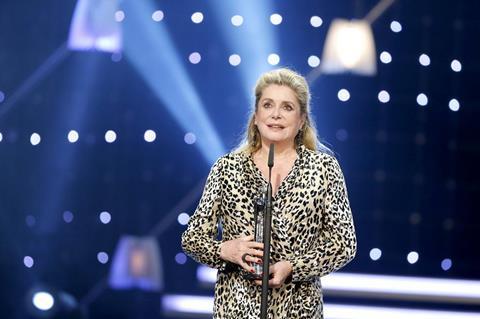 The Dinard British Film Festival (Oct 8-12) has named French film star Catherine Deneuve as its President of the competition jury for its 25th edition.

Deneuve, best known for her roles in Belle du Jour and Repulsion and more recently François Ozon’s Potiche, has more than 100 film credits to her name.  Her breakthrough role was in The Umbrellas of Cherbourg in 1964 and she went on to work with directors including Francois Truffaut, Luis Buñuel and Roman Polanski.

Deneuve was nominated for an Oscar in 1993 for her performance in Indochine. She won César Awards for Indochine and The Last Metro (1980). She has also appeared in several English-language films such as 1983 cult classic The Hunger. In 2008, she appeared in her 100th film, Un conte de Noël.

The festival, held in Dinard, Brittany, hosts a programme of British films, avant premieres and masterclasses dedicated to the promotion and celebration of British filmmaking.