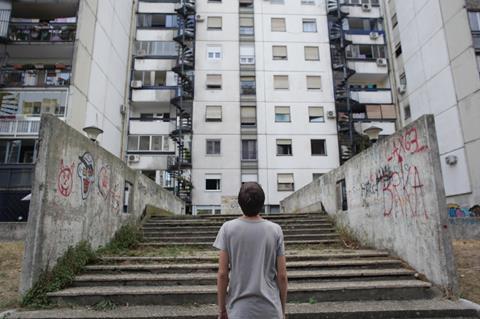 The drama is inspired by a recent, real-life stolen baby scandal in Serbia in which hundreds of parents, who were told their babies had died shortly after birth, later claimed they had been stolen.

Serbian cinema and TV star Snežana Bogdanović, who made her big screen debut at the Berlinale in 1989 in Ademir Kenovic’s drama Kuduz, returns 30 years later in the role of a woman who was told her new-born baby had died, but becomes obsessed with the idea some 20 years later that it was in fact abducted.

Slovenia’s Nora Production Group, Croatia’s Spiritus Movens and Sarajevo-based scca.Pro.ba. (BA) are also on board as co-producers with the support of the Film Center Serbia, Slovenian Film Centre, Croatian Audiovisual Centre and the Foundation for Cinematography Sarajevo as well as Eurimages.

“Snezana Bogdanovic delivers a profoundly moving performance of a mother in search of the truth. The film should appeal to the classical arthouse audience,” said Cercamon founder and chief Sebastien Chesneau.

The company is also market premiering Jonathan Desoindre’s comedy-drama Sun, starring Tewfik Jallab as a courier of Indian origin, whose already complicated life becomes even more frantic when his sitar-playing cousin arrives in town and expects a concert at the city’s famous l’Olympia music hall.

Chesneau is also showing powerful first images for Croatian Dalibor Matanic’s brooding drama The Dawn, set in a remote village where the inhabitants are coming to terms with the arrival of an unsaid threat.

The film is currently in post-production and nearing completion. Matanic’s last film The High Sun (Zvizdan) won the Jury Prize in Cannes Un Certain Regard in 2015.