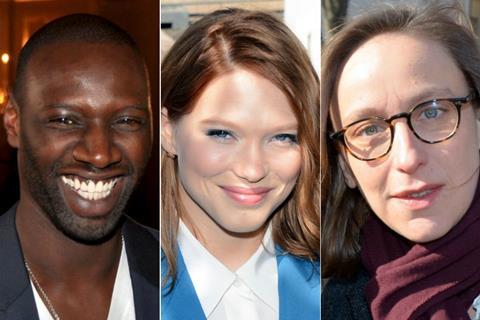 France’s Academy of Cinema Arts and Techniques, which organises the country’s César awards, has called for calm from the film industry after some 200 French stars and filmmakers put out an open letter on the website of Le Monde newspaper on Monday night calling for “a complete overhaul” of the body.

”We call for calm so that the smooth running of the 45th César ceremony is not put in danger,” the organisation, also known as the César Academy, said in a statement on Tuesday morning.

The signatories included actors Omar Sy, Chiara Mastroianni, Léa Seydoux, Roschdy Zem and Bérénice Bejo, and directors Céline Sciamma, Michel Hazanavicius and Arnaud Desplechin, all of whom are paid-up members of the body.

They said the time had come for the democratisation of the 45-year-old organisation, which is run by the unelected, charitable Association for the Promotion of Cinema (APC) which appoints the board of directors.

The signatories complained that aside from the right to vote on the César awards, their membership gave them no say in running the body or the annual César ceremony

In response, the academy said on Tuesday its board of directors was going to call on National Cinema Centre (CNC) president Dominique Boutonnat to appoint a mediator to oversee the reform of the body and its statutes, which date back to its creation in 1974 by producer Georges Cravenne.

The organisation and its long-time president Alain Terzian have been in hot water since mid-January when it came to light filmmakers Claire Denis and Virginie Despentes had been omitted from the guestlist for its annual Dîner des Révélations event, focused on emerging talent.

As part of the initiative, the young guests are invited to nominate an established cinema professional they would like to accompany them to the dinner as their sponsor. Terzian was left red-faced when it emerged he had nixed requests for Denis and Despentes.

He put out a statement apologising for the gaffe but the incident prompted scrutiny of the body’s governance, how it runs its finances, the membership recruitment process and the lack of gender parity and diversity within its ranks.

“On the day of the Dîner des Révélations, we learned that two of the female sponsors chosen by the young actors to accompany them had been refused by the César Academy in an arbitrary, even discriminatory way,” the open letter from the 200 French film personalities read.

“Today, it seems that the refusal of these two female sponsors is just one aspect of the general state of dysfunction at the Academy of Cinema Arts and Techniques as well as the charitable association (the APC) which runs it,” it continued.

In an interview with French newspaper Le Journal Du Dimanche on Sunday (February 9), Terzian set out a series of measures the César Academy was going to implement to reform and modernise the organisation.

They included recruiting an extra 700 to 800 female cinema professionals to balance out the current 65:35 male/female gender split and inviting another 12 “qualified” women onto its board of directors, which currently numbers 21 members.

The César Academy reiterated these promises in an official statement that it sent out on Monday evening, just three hours before the open letter was posted on Le Monde, in what now appears to have been a pre-emptive move.

But his promises have not won over the wider cinema community.

“We’re overjoyed with these upcoming changes but we don’t think their sufficient,” the 200 film professionals responded in their open letter.

They dismissed Terzian’s pledge to appoint 12 new female members to the board of directors, saying it would carry on the old “elitist and closed system” that was currently in place.

“It would simply be part of the same system of co-optation, a vestige of an era we want to revolutionise,” the letter read.

It said the board of directors should instead be voted in democratically by all 4,700 members of the César Academy.

In the backdrop, the César Academy is also under scrutiny after controversial director Roman Polanski’s An Officer And A Spy won the most nominations in the first round of voting for the upcoming César awards.

The 12 nominations for the period drama came less than three months after fresh rape allegations against Polanski by a French photographer emerged, which the director has denied.

Quizzed on the issue in the Le Journal Du Dimanche interview, Terzian acknowledged the nominations and awards could have ended up being different “if as many women as men voted”.

Women’s rights activists have pledged to picket the awards ceremony at the Salle Pleyel in central Paris at the end of February. If it goes ahead as planned, its 1,700 guests could be in for a rowdy red carpet.