"Challenge" to get ordinary Muslims on camera, says Doc/Fest panel

Media misrepresentation of Muslims, and fear of reproach from within their communities, are hindering depictions of the less “extreme” and pluralist aspects of Islam, according to leading filmmakers. 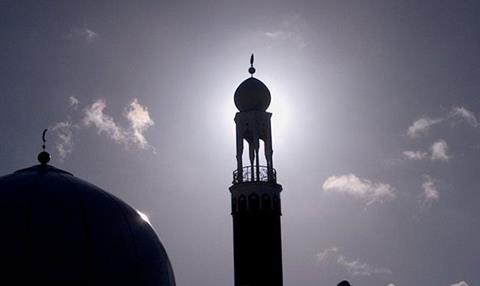 Fozia Khan, producer of The Garden’s upcoming Channel 4 documentary series The Mosque, said that while extreme voices are readily available, it had been difficult to persuade many average Muslims to take part.

Describing the Birmingham-set series as “one of the hardest projects I’ve ever worked on”, Khan told a panel session at Sheffield Doc/Fest: “People are sick of seeing the same one-sided view of Muslims.

“The problem is that it’s really challenging to get ordinary Muslims on camera. They are wary of the media and wary of each other. It’s a tight-knit community with a lot of judgement.”

Apprentice contestant turned presenter Saira Khan was scathing of TV’s “imbalanced” depiction of Muslims, which she said focuses too strongly on Jidahis. She also blasted Trevor Philips’ recent C4 doc as a “complete and utter disgrace” that “hurt ordinary Muslims by sensationalising Islamophobia on a massive scale.”

She added: “It’s really disappointing and it hurts people like me, who watch TV and think, ‘I’m not like that’. Commissioners focus on the religion and the ideology and miss out on the cultural clash within the culture. This is more important than a lot of the Jihadists as the root cause of their discontent is in their cultural upbringing.”

Arguing that broadcasters were missing “amazing opportunities” by their “tick-box mentality”, she urged commissioners not to be scared to give airtime to a more representative range of views and said there were people who would come forward. “There are a lot of charities that, if you approached then, would probably be able to find contributors.”

From the floor, C4 deputy head of programmes Ralph Lee took issue with Khan’s views, pointing out that the diversity pledge that broadcasters signed up to a decade ago affected little change. “There’s a lot of discussion going on and pressure on producers. None of us like doing it but the truth is, nothing happened until we started institutionalising diversity in the commissioning process. If you leave natural forces in place, you don’t get Muslims to contribute.”

BBC diversity commissioner Fatima Salaria pointed to a dearth of BAME commissioners. “We need more people like me to stand up and say: ‘This is our community and this how we want these programmes to be made.”

One programme hoping to give voice to British Muslims is Love Productions’ forthcoming constructed documentary series for BBC2, in which ten Muslims will live in the same house.

The indie’s creative director Kieran Smith said the house would feature Muslims from a variety of backgrounds, including Sunni and Shia Muslims, plus people who had converted and promised a range of liberal and conservative attitudes towards Islam.

Describing the concept as “a conscious decision to reflect pluralism within Muslim communities”, Smith said the idea had been worked up in-house before the BBC approached Love to develop the idea.

“So it certainly isn’t a look at Muslims as extremists, its actually looking at pluralism within British Muslim society.”

Smith denied that The Great British Bake Off operated a “tick box” policy, but had a general responsibility to reflect diversity.

“I’ve never been asked to include a Muslim, but it is important that TV is at the frontier of making sure people are represented,” he said. “Bake Off harks back to a previous age of village fetes and WI tents. Nadiya Hussain didn’t get onto Bake Off because she was Muslim but it helped. When a modern Muslim woman won, the stars aligned – what people saw was a warm, funny, engaging woman.”

He said that the BBC’s upcoming series with Hussain, in which she travels to Bangladesh, would grapple with some tough issues, such as her own initial displeasure with arranged marriage.