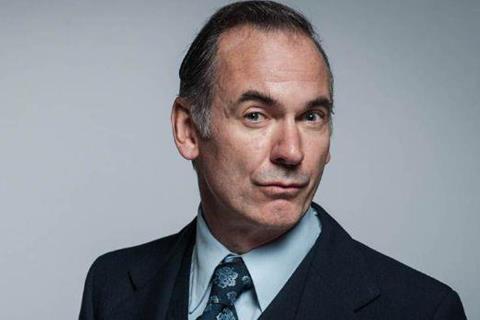 UK actor Paul Ritter has passed away of a brain tumour aged 54.

Ritter, known for his performances in Sky Atlantic’s Chernobyl as Anatoly Dyatlov, sitcom Friday Night Dinner, and films Harry Potter And The Half-Blood Prince and Quantum Of Solace, died at home with his family on Monday, according to the Guardian.

In a statement to the newspaper his agent said: “It is with great sadness we can confirm that Paul Ritter passed away last night”.

“He died peacefully at home with his wife Polly and sons Frank and Noah by his side. He was 54 and had been suffering from a brain tumour.

“Paul was an exceptionally talented actor playing an enormous variety of roles on stage and screen with extraordinary skill. He was fiercely intelligent, kind and very funny. We will miss him greatly.”

Channel 4’s head of comedy Fiona McDermott said: ”Paul Ritter was one of those actors that made every show better. He had so many gears, so many tools that he was a master of using. He was, quite simply, brilliant.”

”We were so lucky to have him at the heart of Friday Night Dinner for six series. His take on Martin Goodman, one of sitcom’s most embarrassing dads, was never obvious or predictable, always inventive and most importantly, always funny. We will miss him hugely, our thoughts and love are with his family.”