The Chinese JV triumvirate of China Movie Channel Program Center, Jiaflix Enterprises and 1905 Pictures are teaming up with Electronic Arts on the English-language sequel. 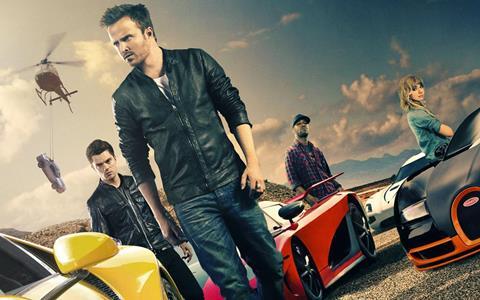 As an official co-production, the bulk of Need For Speed 2 will shoot in China with a significant Chinese talent element.

A production start is anticipated later this year on the sequel to the 2014 Electronic Arts (EA) action adaptation released via Disney. Need For Speed, starring Breaking Bad’s Aaron Paul as a street racer fresh from prison and out for revenge, grossed more than $200m worldwide including a $65m haul in China.

China Movie Channel, Jiaflix and 1905 Pictures most recently teamed with Paramount on 2014’s Transformers: Age Of Extinction and played an integral role not only on production but designing the marketing, anti-piracy and grassroots campaign.

The joint venture aims to bring the same involvement and local expertise to Need For Speed 2.

Transformers: Age Of Extinction ranks as the highest grossing release of all time in China on more than $300m.

UTA represents EA and is packaging Need For Speed 2.

China Movie Channel chairman Yin Cao said: “We are excited to work with EA, one of the world’s most recognised creative companies. We are also delighted that much of Need For Speed 2 will be filmed in China, and we believe it will include much more Chinese talent and elements.

“This venture is another great endeavour to bridge the cultures between China and the west through films. We look forward to cooperating with excellent films and film-makers to thrill and entertain movie lovers internationally with more outstanding films with Chinese labels.”

Jiaflix president Marc Ganis added: “We expect this partnership, which brings together a winning brand like Need For Speed with the team that propelled T4 to unprecedented success, will create one of the next great franchises for movie fans around the world.

“We look forward to bringing our market expertise and execution strategies to the project to accelerate demand and drive box office performance in China.”