China’s Rediance picks up Rotterdam trio, including ‘The Cloud In Her Room’ 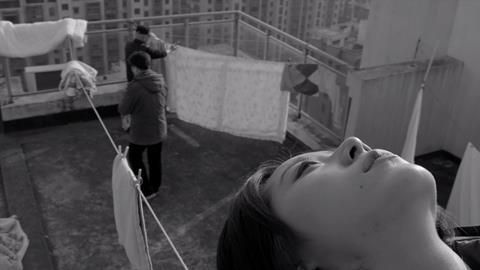 The Cloud In Her Room

Beijing-based sales agent Rediance has picked up international rights to three Chinese-language films that will premiere at International Film Festival Rotterdam (IFFR) next month, including Tiger Competition title The Cloud In Her Room.

Directed by Zheng Lu Xinyuan, The Cloud In Her Room tells the story of a woman who returns to her hometown for Chinese New Year and embarks on a relationship with the father of her half-sister’s classmate. Zheng has previously made short films that have screened at Tribeca Film Festival, FIRST International Film Festival, Xining and Shanghai Queer Film Festival.

Presented by The Old Avant-Garde Films, The Cloud In Her Room is co-presented by Hangzhou Nostalgia Art Film Studio and produced by Blackfin Production.

Damp Season follows a bickering young couple trying to make a living in Shenzhen, who both become involved with other people. Gao is a Shenzhen-based filmmaker whose credits include short film A Song (2007), which screened at Asiatica Film Festival in Rome, and documentary feature, Paigu, selected for several festivals including Hot Docs.

Four previously-acquired Rediance titles will screen in other sections of IFFR, including Pema Tseden’s Balloon and Bas Devos’ Ghost Tropic, both in Limelight, Yosep Anggi Noen’s The Science Of Fictions in Voices and Krabi, 2562, co-directed by Ben Rivers and Anocha Suwichakornpong, in Signatures.