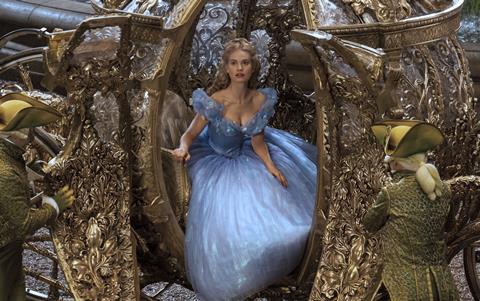 Fox’s animation is already up to an impressive $13.8m (£9.3m) and given that it’ll now start to enjoy decent midweek returns, you wouldn’t yet rule out a push for £20m which would be a terrific result for an original property.

The upcoming Easter school holidays and lack of family competition openers should see the sequel comfortably pass that tally in the coming weeks.

Warner Bros’ comedy enjoyed a healthy $6,546 (£4,412) site average, setting it up to be an attractive counter-programming alternative to a family-heavy market over the next two weeks.

Seventh Son posted an uninspiring $607,000 (£410,627) from its 388 sites through Universal. The fantasy adventure is likely to struggle to stick around for long, given the increasingly busy marketplace and poor reviews.

The result is all the more notable given it was a day-and-date VoD release and therefore didn’t play the circuits.

Michael Winterbottom’s The Face of an Angel recorded a UK bow of $55,000 (£37,000), including previews, from its 37 sites through Soda Pictures. That ranks as one of Winterbottom’s lowest-ever openings, but it’s worth noting that the film also received one of his narrowest releases.

eOne’s The Water Diviner and BFI’s re-release of Blade Runner: The Final Cut both receive wide releases, while Soda Pictures’ Altman and Koch Media’s The Dark Horse are among the films receiving a limited release.