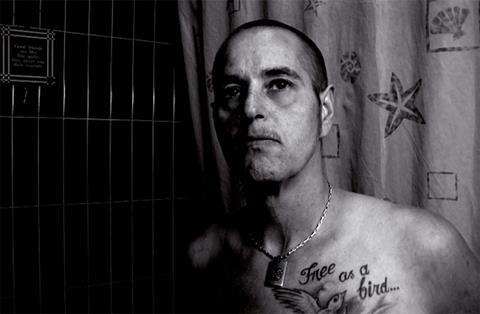 Fledgling sales company Coccinelle Film Placement will launch sales on Roel Nollet’s Nathan: Free as a Bird, capturing the life and death of Belgian transsexual Nathan Verhelst, at the EFM.

Verhelst, 44, hit the headlines last October after he decided to end his life by euthanasia after the results of hormone therapy and a series of sex change operations did not meet his expectations.

Nollet, who had been filming Verhelst prior to the operation, had not expected the tragic outcome.

Coccinelle founder Francesca Breccia will present the work, which she described as a “shocking live recorded diary” rather than a documentary, at Berlin.

Nathan marks the first major international campaign for Coccinelle, which launched in 2013.

Rome-based Breccia, who was formerly manager of Italy’s MGM Channel and previously worked for Sky Cinema Italy and German sales company Media Luna, describes Coccinelle as a hub for freelance sales agents from across the world.

“By working under the same umbrella using the same brand, we can strengthen the work we do individually,” said Breccia.

“We do as much as we can via the web so we can be anywhere and everywhere at the same time. It would not have been possible for us to set up an operation like this four to five years ago without a huge budget.”

“Our model also cuts costs – we don’t have offices and staff costs and this is beneficial for the producers whose films we are working on,” she said.

Other professionals attached to Coccinelle include acquisition consultant Sara Monacelli, a producer at Zerkalo Production in Paris who also handles the communication and marketing for the Terra di Cinema festival in France; New York-based Colin Mendoza, founder of innovative New York-based sales company Highgate Agency; filmmaker Nollet, who is also the founder of the Belgium-based Redhorse reporters collective and has good contacts with Benelux broadcasters; entertainment law consultant Donatella Mugnano, who previously worked at the German branch of Lux Vide; and Taormina programmer Chiara Nicoletti.

Breccia is currently in talks with sales and acquisition professionals in Eastern Europe and Japan who may also join the network.

For now, Coccinelle is focusing mainly on documentary and television sales, but Breccia would like to bump up its VOD operations in the near future.

“We already license to iTunes, IndieFlix and a number of other VOD platforms but it’s an area we would like to go into in more depth,” she added.

Breccia will be participating in a panel discussion on distribution organised by the European Documentary Network (EDN) during the Berlinale.