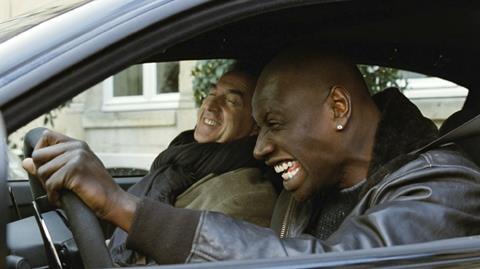 Comedy is France’s most successful film export, according to new research by UniFrance.

According to the report, spanning 1994 to 2014, French comedies generated 326.5 million international admissions and accounted for 35% of France’s global box office, led by Intouchables, Amelie and Astérix & Obélix Vs. Caesar.

In total, 1,177 French comedies were released internationally during the period, representing 71.5% of the 1,647 comedies released in France in the same period. The genre was also a market leader at home where it generated 813.4 million entries, for a 66.5% share of the domestic market.

In a sign of its power as a film franchise, four adaptations of René Goscinny and Albert Uderzo’s Astérix and Obelix comic books featured in the global top 20 which also included Serial (Bad Weddings) and classics such as Le Placard and Le Diner De Cons.

More than 50% of the international box office for French comedies was generated in Western European territories which, commented the report, was undoubtedly linked to the fact their populations shared similar values and humour.

A total of 478 dramas were exported, drawing 96.8 million spectators, against 138 million admissions for the 750 local dramas released in France in the same period,

France’s most successful export after comedies, however, was thrillers, most of which were English-language.

The only French-language thriller that made it into the top 10 was Christopher Gans’ Brotherhood Of The Wolf with 7.3 million global admissions.

The thriller was among six categories in which French productions did better internationally that at home alongside animation, biopic, documentary, historical films, fantasy/sci-fi pictures and thrillers.