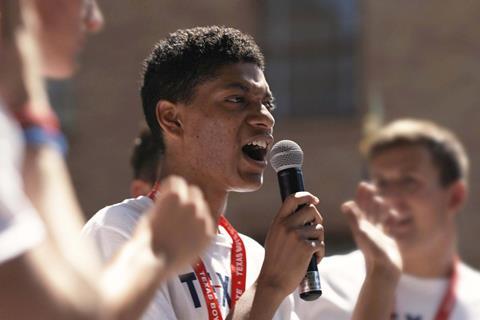 The Directors Guild of America (DGA) has named the nominees for its television, commercials and documentary awards.

Included in the list are the directors of feature documentaries The Truffle Hunters, My Octopus Teacher, Welcome to Chechnya, Boys State and The Painter And The Thief.

In the TV categories, British director Julie Anne Robinson gets a nod for her work on Bridgerton in a dramatic series line-up that also includes directors of Ozark, The Mandalorian, Better Call Saul and Homeland.

The DGA’s TV movie and limited series nominations has Denmark’s Susanne Bier recognised for The Undoing, along with directors of The Queen’s Gambit, Hamilton, WandaVision and Little Fires Everywhere.

Winners will be announced at the 73rd annual DGA Awards ceremony, a private virtual event for Guild members, on April 10.

Nominations for the DGA’s theatrical feature awards are due to be announced tomorrow (March 9).

Benjamin Ree, The Painter And The Thief (Elevation Pictures)